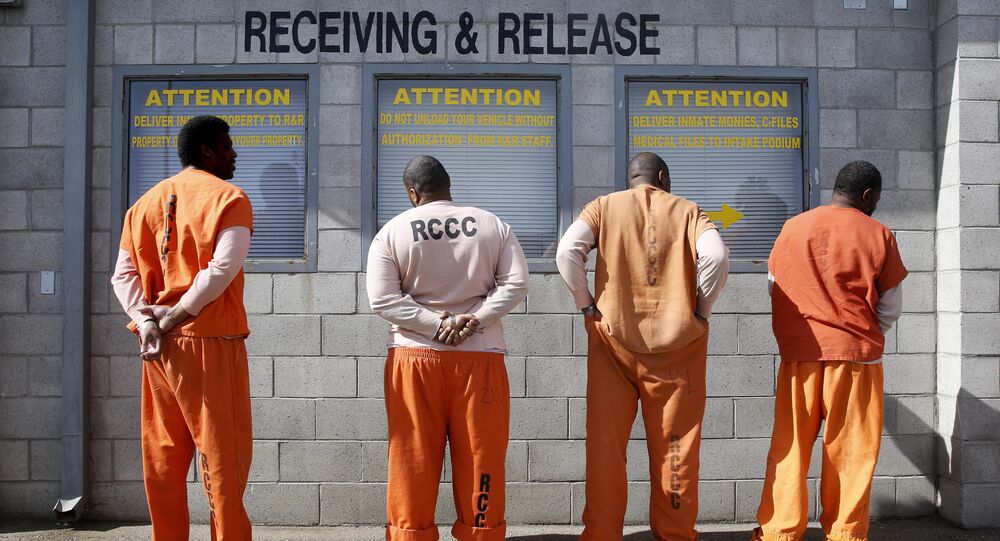 A passer-by noticed a swastika banner in a California Department of Corrections and Rehabilitation office in Sacramento and shared the video online. According to the state parole officers who work there, the hate symbol was being used for educational purposes only.

A video showing a Nazi flag on display in a California Department of Corrections and Rehabilitation office in Sacramento has gone viral after a pedestrian, Michael Johnson, shared it on the image hosting website Imgur.

“This is a trashy way to represent this beautiful city, especially in a state building”, he wrote in the caption to the post, which has been viewed over 82k times.

As he recalled in an interview with CBS Sacramento, he saw a big red flag with a swastika on it and large SS bolts through the blinds of a street-facing window that offered pedestrians a good look into the room. According to him, his first guess was that it was a Halloween show of bad taste before spotting other hate symbols.

“I just don’t think it’s the proper display for a street-facing window”, he said.

Following the publication, the flag, as well as other signs, were removed. The state parole agents explained that the items in question had been confiscated from local prisoners or parolees and were used for teaching purposes to illustrate what hate signs are circulating in the department’s facilities.

In the statement, released by CDCR following the incident, it voiced commitment to “a zero-tolerance policy for the display” of such objects and said that they are taking “this issue very seriously.”

“The flag has been removed and we will be looking into the circumstances for why the flag was in the office in the first place”, the statement promised.

The agents also pledged not to let such displays be made again, although they will continue to discuss the hate imagery circulating in prisons.