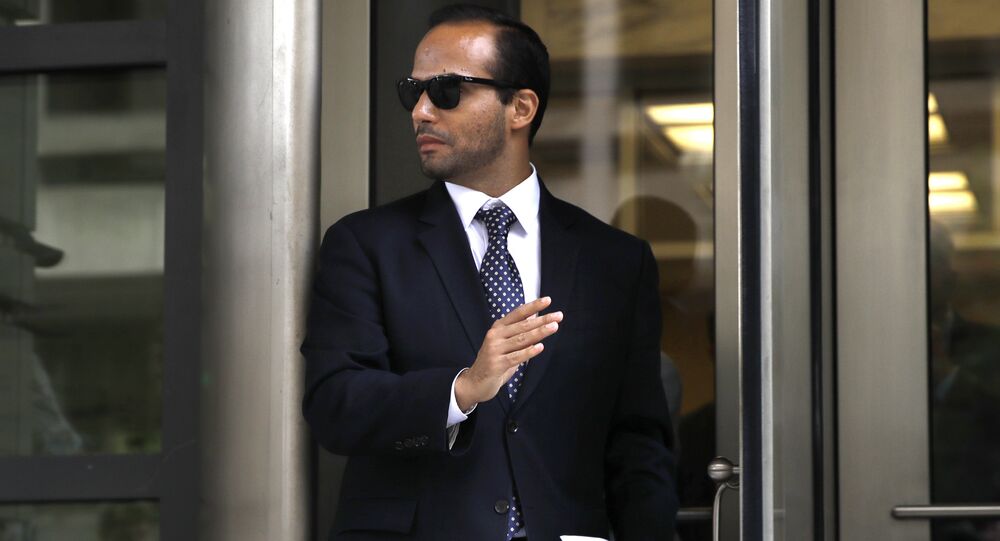 Papadopoulos, who was the first to plead guilty in the Russiagate investigation, has filed paperwork with the Federal Election Commission run his election campaign, according to a report by the Hill.

​In a tweet, Papadopoulos said he's "smelling blood in the water now that Katie Hill has resigned."

In October 2017, Papadopoulos pleaded guilty to making false statements to the FBI in the Russiagate investigation. He served 14 days in jail in exchange for agreeing to cooperate with then-special counsel Robert Mueller’s team. Papadopoulos also received one year of supervised release, 200 hours of community service and was ordered to pay a $9,500 fine. Papadopoulos has rejected accusations that he had contacts with Russian agents.'

In an exclusive interview with Sputnik in April, he said he believes he was set up by the US as a "patsy."

Mifsud, a Maltese academic, has been accused by the US of being a liaison between the Trump campaign and Russia. However, Papadopoulos believes that Mifsud was actually a Western intelligence operative used to entangle him and justify Russiagate. Mifsud hasn't been seen in public since November 2017.

On Monday, Hill resigned from Congress in the wake of allegations of inappropriate sexual relationships with staffers in her office and on her congressional campaign.

George Papadopoulos: “I Was Targeted by US, UK Intelligence Agencies”