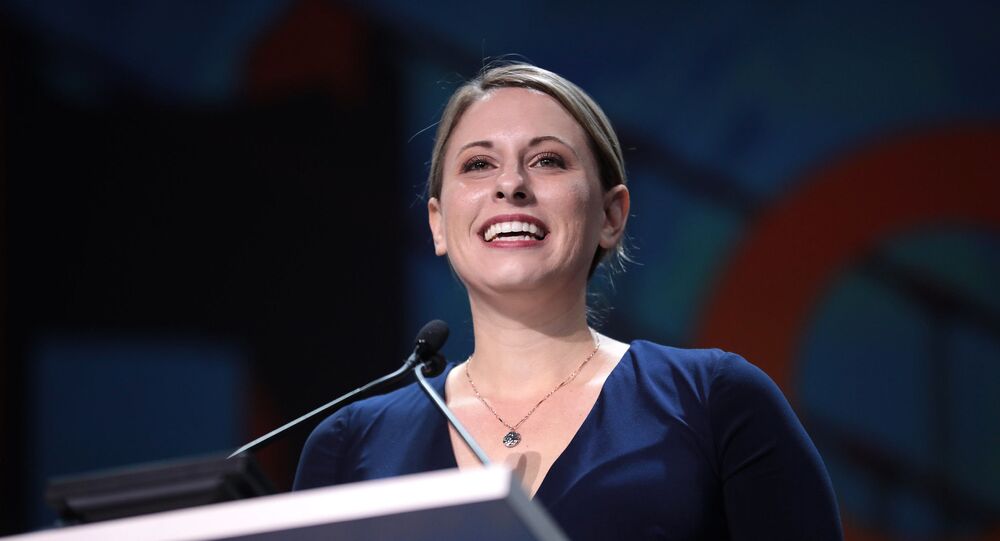 The congresswoman from California stated that she is leaving her post over reports of having had affairs with staffers. Although the Democrat admitted to having a sexual relationship with a campaign employee, she denies involvement with her legislative director in Congress, accusing her estranged husband and Republicans of waging a smear campaign.

In the video, which came hot on the heels of Hill announcing her resignation, she lambasted what she described as a “smear campaign”, blaming her “abusive husband” and “hateful political operatives”.

“This coordinated campaign carried out by the right-wing media and Republican opponents, enabling and perpetuating my husband’s abuse by providing him a platform is disgusting and unforgivable”, Hill claimed in her address.

Hill announced that she is resigning on Sunday amid a House ethics probe into allegations that she had a sexual relationship with a staffer from her congressional office, which is prohibited under House rules.

She denied any improper involvement with the man in question - her Legislative Director Graham Kelly - admitting only that she had an "inappropriate" affair with a female campaign staffer.

The scandal broke out two weeks ago, after Red State reported that Hill, who is openly bisexual, had developed a "long-term sexual relationship" with a staffer on her congressional campaign. The latter ultimately entered into a "throuple" with Hill's husband, Kenny Heslep, whom she is now trying to divorce. The conservative blog offered screenshots of several alleged text messages between Hill and the staffer, as well as intimate pictures, including a nude photo of the congresswoman.

The outlet also indicated that the congresswoman had been having an affair with Graham Kelly, her legislative director and former campaign finance director, for at least a year.

Later, The Daily Mail posted what is understood to be nude photos of Hill smoking marijuana in 2017, before the drug was legalised and named her lover, Morgan Desjardins. The outgoing representative threatened to file a lawsuit against the tabloid for posting private pictures without her consent.

The allegations came out as Hill, who defeated Republican Representative Steve Knight in 2018 in her district, was facing several GOP rivals in her 2020 congressional campaign.