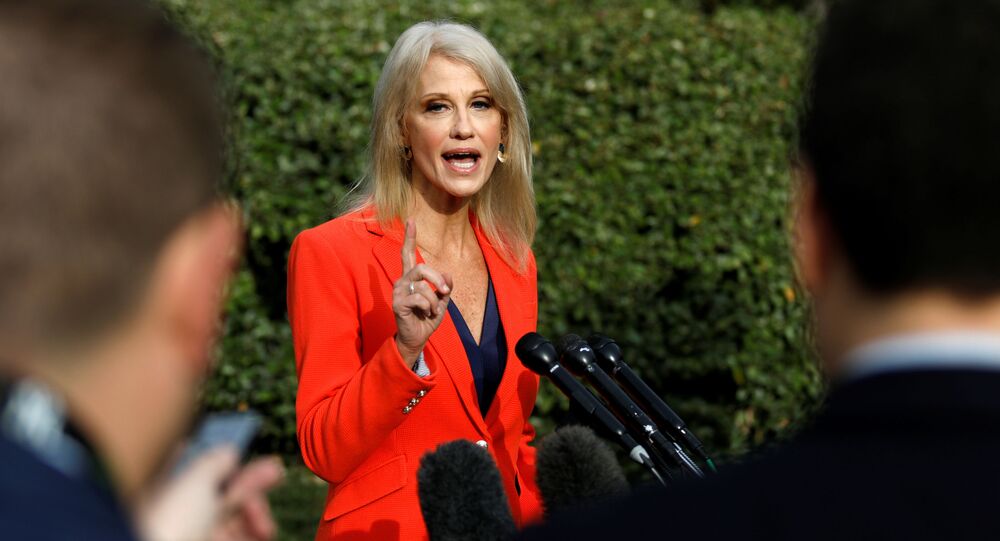 Conway: WaPo Obituary for al-Baghdadi Wouldn't be as 'Kind' if He Worked at the Trump White House

After US President Donald Trump confirmed the death of Daesh chief Abu Bakr al-Baghdadi on Sunday following a US military operation in Syria, The Washington post published a controversial obituary for the terrorist leader, calling him an “austere religious scholar”, prompting widespread criticism from the public.

Counselor to the US president Kellyanne Conway ripped “media interference” and The Washington Post's coverage of the death of Daesh* terrorist leader Abu Bakr al-Baghdadi during her appearance on the Fox News show "The Story with Martha MacCallum" on Monday, by calling the media’s obituary for the terrorist leader  “nonsense” and a “disgrace”.

Conway blasted The Washington Post’s obituary headline that read “Abu Bakr al-Baghdadi, austere religious scholar at helm of Islamic State, dies at 48”, by criticising the media for being “angry” at Trump for conducting an operation that targeted the terrorist.

“What was this yesterday from The Washington Post? This nonsense", Conway said during the interview while showing the article’s headline. “The media is angry at the president of the United States for getting rid of the world's worst terrorists. It’s like ‘who is he to interfere, when we are trying to impeach him’”.

“They went to the magnitude and the duplicity yesterday of trying to... undercut the commander in chief making the order and... honestly doing something that helped the whole country and the world, freedom-loving people everywhere – this man was a murderer, a rapist, a terrorist..”, she continued.

“.@washingtonpost, close your eyes and pretend that al-Baghdadi worked in the Trump White House and then go rewrite your obituary. I bet you wouldn’t be as kind. “ https://t.co/zmhJPr6vxA

​“This obituary was a disgrace. I would ask The Washington Post, close your eyes and pretend that al-Baghdadi worked in the Trump White House and then go rewrite your obituary, bet you wouldn't be as kind", Conway concluded.

The White House counselor also said that she was “sick and tired of media interference trying to undo the last elections results” and trying to influence the next one. When referring to an ongoing inquiry run by US Attorney John Durham over concerns that Donald Trump's 2016 presidential campaign could have been improperly surveilled, Conway stated that US citizens deserved to know the origins of the Russian investigation.

On 27 October, US President Donald Trump announced that Daesh leader al-Baghdadi had died by detonating suicide vest after being chased to the end of an underground tunnel during a US raid. The Russian Defence Ministry, however, has said that it possessed no reliable data regarding the US operation and questioned its credibility.