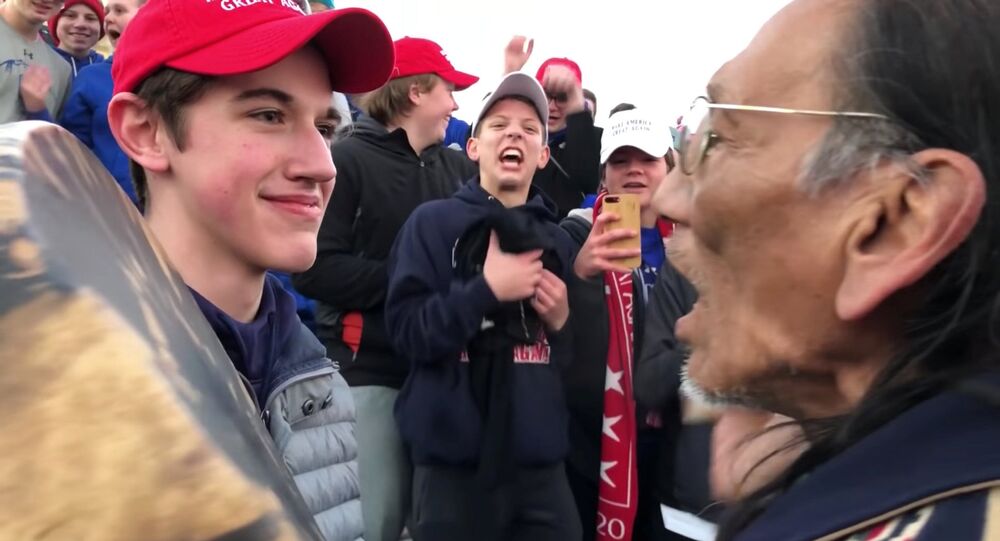 A federal judge has reversed his previous ruling and allowed Covington Catholic student Nick Sandmann to proceed with a defamation lawsuit against The Washington Post, after first dismissing the case.

On Monday, after reviewing an amended complaint, Judge William Bertelsman ruled that the case could enter the discovery phase and hence a portion of the lawsuit against the newspaper could continue.

Nick and his attorneys said a Washington Post article conveyed that Nick had assaulted or physically intimidated Nathan Phillips and engaged in racist conduct after a Right to Life March, in Washington DC, on 18 January. The video that went viral showed Sandmann and Phillips, a Native American who was demonstrating that day, standing close to each other in a crowd, with Sandmann staring at Phillips as he played the drum.

Sandmann's lawyers argued that The Washington Post incorrectly characterised the teen as the aggressor in the situation and exposed him to public ridicule, making the MAGA hat-wearing teen a target of the anti-Trump media. The Washington Post has admitted to the existence of vague "subsequent reporting" but neither retracted nor apologised to Sandmann

In the ruling, Bertelsman said he stands by his decision that 30 of the 33 statements Sandmann's lawyers had argued were libellous were not, but that "justice requires" a further review of three of the statements.

"These three statements state that (Sandmann) 'blocked' Nathan Phillips and 'would not allow him to retreat'", the order reads.

Bertelsman said the amended complaint also argues that Phillips "deliberately lied" and "had an unsavoury reputation". The new complaint also states The Washington Post should have known about Phillips due to previous coverage of him.

Sandmann's attorneys also filed lawsuits against CNN, NBCUniversal, 2020 Democratic presidential candidate Elizabeth Warren, The New York Times' Maggie Haberman, comedian Kathy Griffin, and several other representatives of the liberal media. The outcomes of these lawsuits have yet to be revealed.