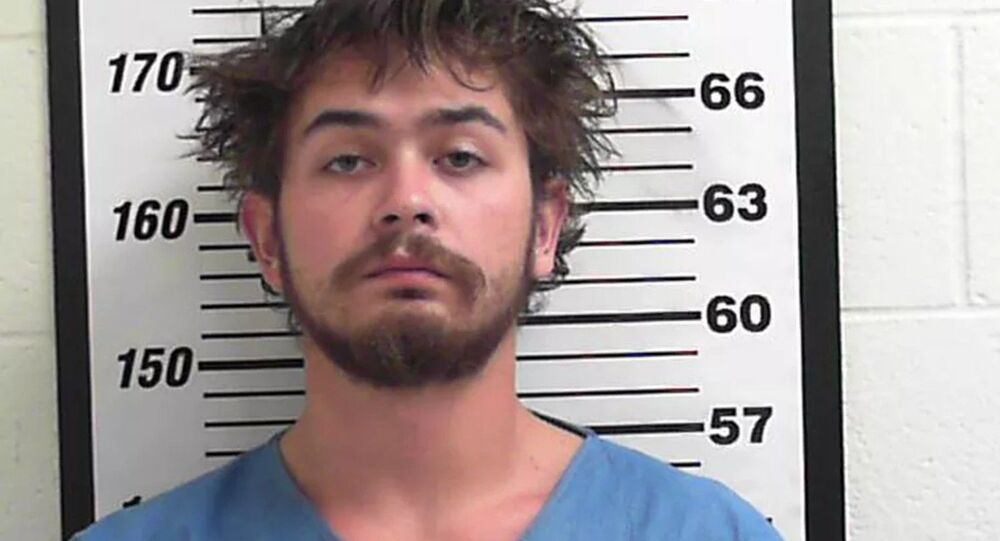 A 24-year-old Utah man was arrested Saturday and booked on suspicion of murdering his own mother with a revolver and broadcasting her final moments on social media.

Jeffrey Antonio Langford Jr. was taken to the Davis County Jail in North Salt Lake, Utah, on October 26 after he provided cops with conflicting stories concerning the death of Graciela Holker, his 45-year-old mother.

According to Salt Lake City-based newspaper The Deseret News, officers were dispatched to Holker’s apartment at around 7:10 p.m. local time Saturday after Langford alerted police via social media, informing them that his mother had attempted to commit suicide and claiming his own death would follow shortly. Officers had also received calls alerting them of three separate Facebook Live videos that showed his mother’s body lying between the couch and coffee table.

“The male in the video states that he didn’t do this and she shot herself right in front of me,” the police affidavit read. “The male keeps filming himself and says she’s not dead, I have to finish it.”

While the final pull of the trigger was not broadcast on the stream, North Salt Lake police said Holker “would be unable to manipulate a firearm and fire another shot to her head.”

The Davis County Jail booking affidavit revealed police also received a call from an individual who was conversing with Langford on Facebook and alleged the 24-year-old planned on committing suicide soon after his mother’s death.

During a preliminary interview with police, Langford claimed that he did not touch the gun and that he had not done anything wrong. However, he later revealed he did in fact shoot his mother because he “did not want her to be in pain or be a vegetable.”

“On further investigation it was determined that there was sufficient probable cause to arrest the adult male and book him into jail on charges of homicide and obstruction of justice,” police told The Deseret News. “[Langford] had a reddish brown substance on his face and clothing consistent in appearance to blood.”

Officers also said that Langford “exhibited signs of being intoxicated.”

After investigating the scene, police were able to retrieve a six-shot revolver from Holker’s hand that was cocked and only had three bullets left in the barrel. Three casings were later found in Langford’s room - well removed from his mother’s body. He later told police that he removed the gun from his mother’s hand, unloaded the spent casings in his room, then reloaded it, according to the affidavit.

The 24-year-old later told police that the revolver was cocked because he was planning to commit suicide (as he and his Facebook friend previously noted during the initial calls to police) and recorded the Facebook Live videos as “a call for help.”

Langford has been charged with first-degree murder and second-degree obstruction of justice - both of which are felonies. He also faces a misdemeanor charge of carrying a dangerous weapon while under the influence. A background check conducted by KTVX revealed Langford was previously arrested for drug possession.