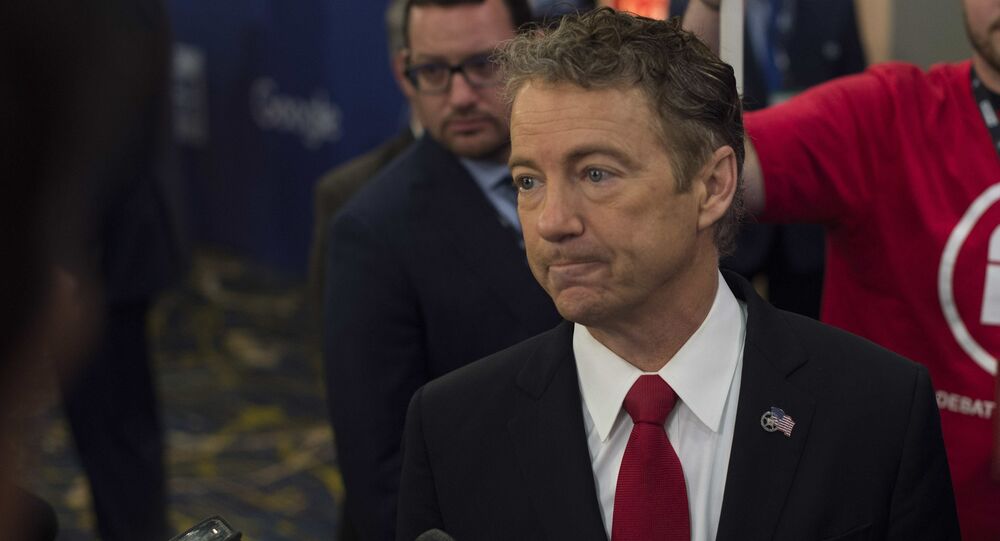 The Senator blasted his opponents while promoting his upcoming book “A Case Against Socialism” on C-SPAN.

US Senator Rand Paul embarked on his favourite narrative of describing socialism as the world’s purest evil during an interview with Republican Representative Matt Gaetz on Friday.

Speaking with Gaetz on C-SPAN, Paul tongue-lashed lawmakers Alexandria Ocasio-Cortez and Bernie Sanders, who are often accused of promoting socialist policy, claiming that the two support the “terrible ideas” of communist leaders including Joseph Stalin of the former Soviet Union, Mao Zedong of China and Pol Pot of Cambodia.

Paul lamented that the US Congress and the US media do not discuss their policies enough, suggesting that Sanders and Ocasio-Cortez should have their ideas challenged more often.

“We aren’t really talking about which economic system is better,” Paul said, “and nobody in the media seems to care that what AOC is supporting or what Bernie is supporting is Stalin and Mao and Pol Pot and all these terrible ideas."

“They get away with it because they aren’t challenged,” Paul complained.

The Rebublican Senator criticized Venezuela, as the South American nation struggles with an ongoing economic and social crisis exacerbated by US sanctions and an oil trade embargo, as an example of a failed socialist state.

“Venezuela is such a disaster. People literally eating their pets,” the Kentucky Republican asserted. “People killing rats in the street to try to eat them, pigeons. It really is a sad thing.”

Venezuelans eating their pets has been a recurring theme in the US and the UK media, with claims that Venezuelans had resorted to killing cats and dogs out of starvation appearing in May 2016, September 2017, May 2018 and well into 2019. Fox News, in particular, peppered its reporting with allegations that Venezuelans feed their children out of trash bins.