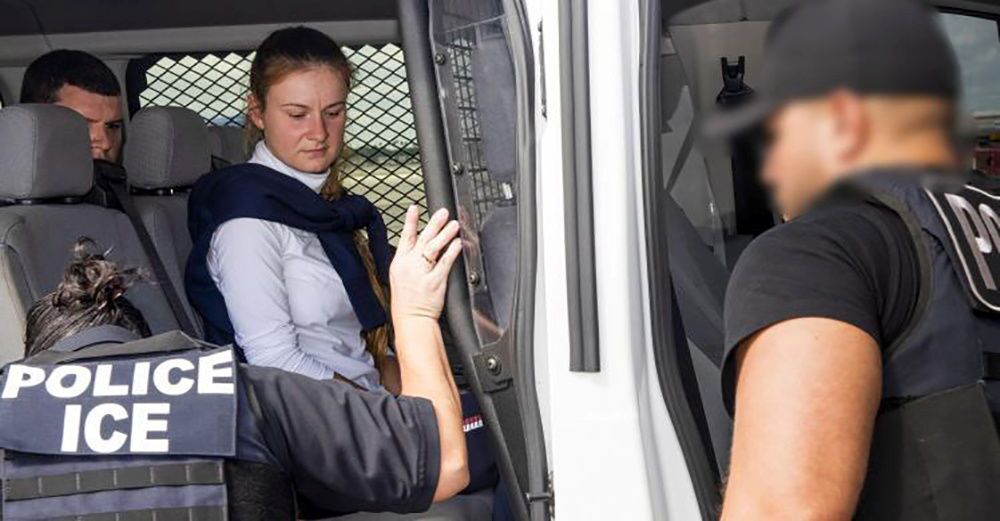 WASHINGTON (Sputnik) - Russian national Maria Butina was prosecuted for not filling out US bureaucratic forms properly and was a victim of raging anti-Russian hysteria in the United States, Congressman Thomas Massie said in a statement.

Butina, who was released from a US prison earlier in the day, was arrested on 25 July, 2018 and held in solitary confinement until she signed a plea deal in December charging her with one count of conspiracy to act as a foreign agent without notifying the Attorney General.

"She served a ridiculously long sentence essentially for not filing the right paperwork," Massie said in a Twitter message on Friday. "But now she is free. Sadly, she was jailed to satiate the rampant Russophobia in the US these days. We are better than this."

She served a ridiculously long sentence essentially for not filing the right paperwork. But now she is free. Sadly, she was jailed to satiate the rampant Russophobia in the US these days. We are better than this.https://t.co/ZNkKfD9wnP

Butina, after her release from the federal prison in Tallahassee, Florida on Friday, was handed over to US Immigration and Customs Enforcement (ICE) before traveling to the Miami airport where she boarded a Russian Aeroflot plane and departed to Moscow in the early evening, a Sputnik correspondent reported.

Her flight, SU-111, is scheduled to land at Moscow Sheremetyevo International Airport at around noon local time on Saturday. Butina's lawyer Robert Driscoll told Sputnik earlier this week that two US ICE officers would accompany her all the way back to Moscow.