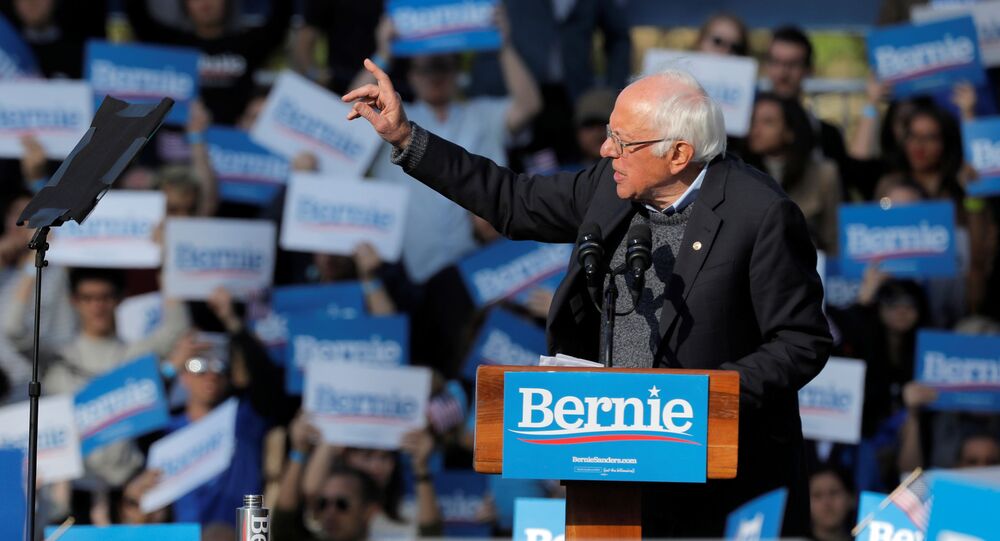 Democratic 2020 presidential candidate Bernie Sanders unveiled another 'Green Deal' on Wednesday; the timing of his announcement was clearly a cheeky nod to cannabis culture.

Bernie Sanders lit up social media yesterday as he rolled out his marijuana legalisation plan at precisely 4:20 p.m. (EST).

To put it bluntly, ‘four-twenty’ is widespread slang for the use of marijuana.  The term is believed to have originated in California in the ‘70s, when a bunch of pot-smokers decided to meet up to get high at 4:20 every day – using the code ‘420’.

Nowadays weed smokers across the globe mark the 20th of April, or 4/20, with cannabis-oriented events.

Recreational marijuana smoking is currently legal for adults in 11 states and in Washington, DC, and 33 states allow its use for medical purposes; however, the psychoactive plant remains prohibited at the federal level. Polls show that two-thirds of Americans favour legalising the drug.

Sanders, who has long come out strongly in support of full-on legalisation, says it’s high time to do this and promises in his plan to declassify marijuana as a controlled substance throughout the United States in the first 100 days in office.

The Vermont senator has also proposed reviewing, vacating and expunging past marijuana-related convictions and reinvesting revenue from marijuana sales in blighted minority communities, such as those of Black Americans, who he said were hit hardest by the War on Drugs.

Out of these revenues, $20 billion would also be provided in grants to entrepreneurs from racial minorities and $10 billion would be spent on businesses in areas that have been “disproportionately affected” by the criminalisation of marijuana.

Sanders would also ban tobacco companies from getting into the yet-burgeoning but increasingly lucrative marijuana industry, and encourage businessmen to structure weed-selling businesses as cooperatives and nonprofits.

This plan – arguably the most far-reaching 2020 Democratic proposal regarding marijuana legalisation – has apparently resonated among many Twitter users who are hopeful Bernie will 420 it to the White House.

4 years ago, when Bernie said we needed to legalize marijuana it was considered a radical idea.

66% of Americans support making it legal & that's exactly what Bernie will do. https://t.co/9om39FC0wP

Not only did the campaign release this at 4:20, but it's also a good plan that addresses both the criminal justice and economic side of things.

Big weed turn into big tobacco is a huge problem in NV, and Bernie talks about ways to prevent that.#Bernie2020 #BerniesBack https://t.co/HbNXCmuU58

Bernie dropping his marijuana decriminalization plan at 4:20 is lit AF!!!

Honestly Bernie rolling out a pot legalization plan at 4:20 PM should have just been the end of the race. Everyone drop out. Isn’t it clear that he is our king