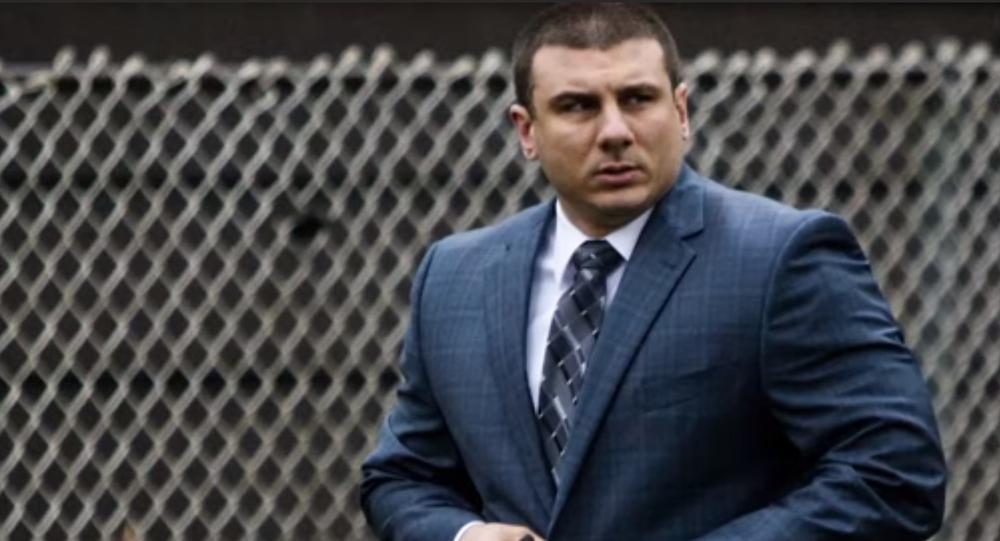 Former New York Police Department (NYPD) Officer Daniel Pantaleo has filed a lawsuit against his former employer claiming their decision to fire him from the force following a 2019 investigation into his use of a banned chokehold was “arbitrary and capricious.”

Just two months after Pantaleo was fired, but not federally charged, for his connection to Eric Garner’s 2014 death, the former NYPD cop and his lawyer, Stuart London, are pursuing litigation to have him reinstated to his former job.

"We will file an article 78. We will continue with this case,” London informed NBC News on Wednesday. “After the article 78, if we need to appeal beyond that, we will. We are looking for him to get his job back."

Pantaleo was terminated from the NYPD on August 19 following a press conference in which NYPD Commissioner James O'Neill announced that he would back Deputy Trials Commissioner Rosemarie Maldonado’s August 2 ruling that the officer’s “use of a prohibited chokehold was reckless and constituted a gross deviation from the standard of conduct established for a New York City police officer.” Maldonado also noted that Pantaleo had expressed that he was well aware that the chokehold he used on Garner was prohibited by the NYPD.

"In this case, the unintended consequence of Mr. Garner’s death must have a consequence of its own,” O'Neill said. "Therefore, I agree with [Maldonado’s] legal findings and recommendations. It is clear that Daniel Pantaleo can no longer effectively serve as a New York City police officer.”

In addition to Pantaleo immediately pledging to appeal the NYPD’s decision, the Police Benevolent Association (PBA) of the City of New York issued a statement on August 19 slamming the police commissioner’s decision.

PBA President Patrick Lynch said O’Neill “has chosen politics and his own self-interest over the police officers he claims to lead. He has chosen to cringe in fear of the anti-police extremists, rather than standing up for New Yorkers who want a functioning police department.”

"The damage is already done. The NYPD will remain rudderless and frozen, and Commissioner O’Neill will never be able to bring it back. Now it is time for every PO in this city to make their own choice." pic.twitter.com/TAsNyXQG3J

Despite no severe action being taken against Pantaleo for Garner’s death back in 2014, Garner’s family, particularly his now-deceased daughter Erica, pressured both New York City Mayor and former presidential candidate Bill de Blasio and the police force to reexamine the case against the officer.

De Blasio, who was confronted by activists during a July Democratic presidential debate and said he wants “the Garner family” to be “seen and heard,” later asserted that “justice was done” in Pantaleo’s firing.

The New York Post reported the officer’s lawyer is hopeful the New York Appellate Court will side with him over Maldonado’s “reckless” August decision and force the NYPD to reinstate Pantaleo.