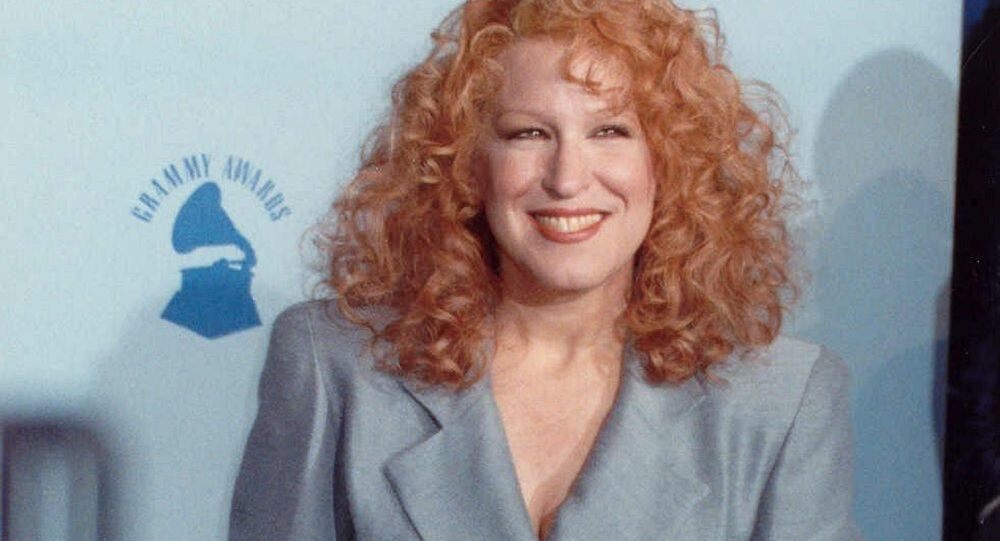 Bette Midler Cheers Neighbour Who ‘Beat the Sh*t Out of Sen. Rand Paul’ After His Criticism of Kurds

Earlier on Wednesday, Sen. Rand Paul (R-KY) appeared on ABC News’ Powerhouse Politics podcast to lambast the Kurds as “ingrates” for hurling potatoes at US troops withdrawing from northern Syria.

Left-wing actress and singer Bette Midler lashed out at Sen. Rand Paul (R-KY) on 23 October over his criticism of the Kurds by giving kudos to his neighbour who brutally beat the senator, breaking several of his ribs in an altercation in his Kentucky yard in 2017.

“I DO NOT promote violence but… Rand Paul says the Kurds are being ‘ingrates’ for taking their frustrations out on US troops. Which is a good reminder for us all to be more grateful for the neighbor who beat the sh*t out of Rand Paul,” Bette Midler said.

I DO NOT promote violence but... Rand Paul says the Kurds are being “ingrates” for taking their frustrations out on US troops. Which is a good reminder for us all to be more grateful for the neighbor who beat the shit out of Rand Paul.

Rand Paul appeared on ABC News’ Powerhouse Politics podcast on 23 October, condemning the Kurds for acting like “ingrates” toward US troops withdrawing from northern Syria.

Footage posted by a Kurdish news agency on 21 October showed angry residents hurling potatoes at a convoy of armoured vehicles driving through Kurdish-dominated cities in Syria as US troops were pulled out after President Donald Trump ordered a withdrawal, opening the way for Turkey to launch Operation Peace Spring on 9 October in northeast Syria to clear the area of Kurdish forces and Daesh* terror group militants.

“We saved the Kurds from being beheaded and massacred by ISIS,” Sen. Paul said. “They were able to win with our armament, with our Air Force, and they should be thanking us and throwing rose petals. And so, no, I’m offended by them throwing refuse at our troops. And it shows them to be ingrates.”

In the past, Midler has never been shy about voicing her opinions about members of the Trump administration or endorsing physical violence against a Republican.

In June she faced backlash over a deleted tweet in which she fantasised about President Trump being stabbed to death, while last year she famously expressed the hope of watching the president’s funeral on television and seeing him and his entire family hanged.
Netizens weighed in on the Broadway star’s tweet, with many deploring her “call for violence”:

This is glorifying personal violence

What on earth is wrong with you???? Get help.

Upset Bette at it again.

Being “grateful” for beating the shit out of @RandPaul is the definition of promoting and supporting physical assault. It IS a violation of @Twitter community standards. We expect more from this platform. We expect free speech, but never applaud someone being beat near death.