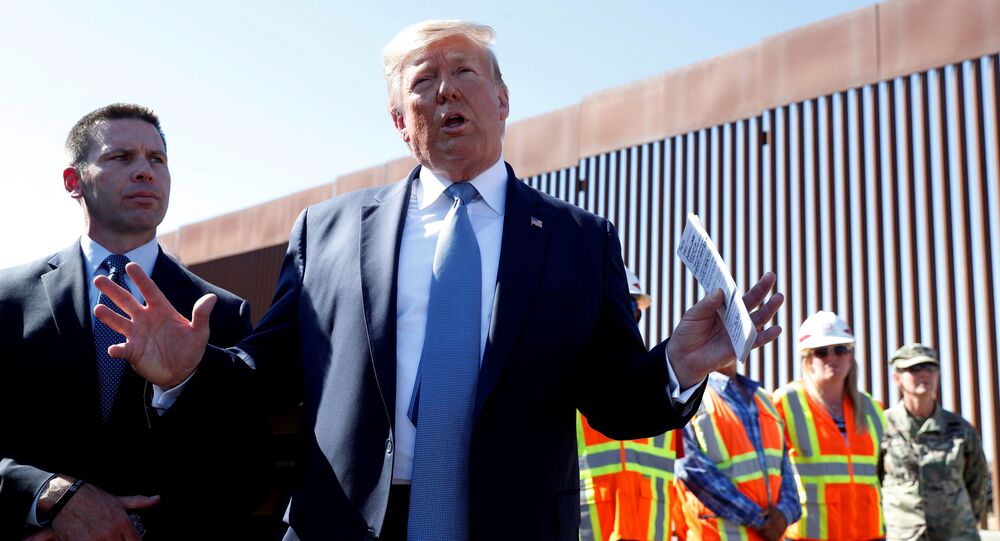 After caravans of migrants from Central American countries began moving toward the US through Mexico in the fall of 2018, President Donald Trump called the situation a "crisis". He declared a national emergency in an unsuccessful attempt to secure funds for the construction of a border wall to help stop illegal immigration.

Colorado Governor Jared Polis has mocked Donald Trump after the US President recently claimed that the construction of a border wall in this western US state is underway.

“Good thing Colorado now offers free full-day kindergarten so our kids can learn basic geography”, Polis wrote on his Facebook page, pointing out that the state does not border with Mexico and describing Trump’s remark as “awkward”.

They came after Trump insisted during a speech in Pittsburgh on Wednesday that the US is “building a wall in Colorado”.

Almost all netizens posted sarcastic comments over Trump’s claims, tweeting that he “has totally lost his mind” and that the US President “gets confused from time to time”.

Jesus. Tell me he doesn't think that New Mexico is part of Mexico.

Wait, Colorado? Has somebody told Colorado about that?

He gets confused from time to time.

Trump has totally lost his mind.

“I think he saw a map for the first time and thinks New Mexico is actually part of Mexico”, one user noted.

Trump has, meanwhile, issued a fresh tweet, explaining that he “referred to people in the very packed auditorium, from Colorado & Kansas, getting the benefit of the Border Wall!”

It seemed that Twitter users, however, were not impressed by the explanation which they said makes no sense either.

In 2015, Trump campaigned on a pledge to build an “impenetrable and beautiful” wall along the entire 3,150-kilometre-long Mexico border an addition to existing structures, to stop illegal migrants from crossing into the US.

However, after Democrats gained a majority in the House of Representatives in the 2018 mid-term election, Trump found himself incapable of securing the $5.7 billion he said he required for the barrier to be built.

Differences with Democratic lawmakers resulted in a month-long partial shutdown of government agencies. Trump ended the shutdown in late January, declaring a national emergency at the southern border three weeks later in a move that enabled him to divert military funds toward the wall project.  The US President is seeking to build some 643 kilometres (400 miles) of border wall by next year.