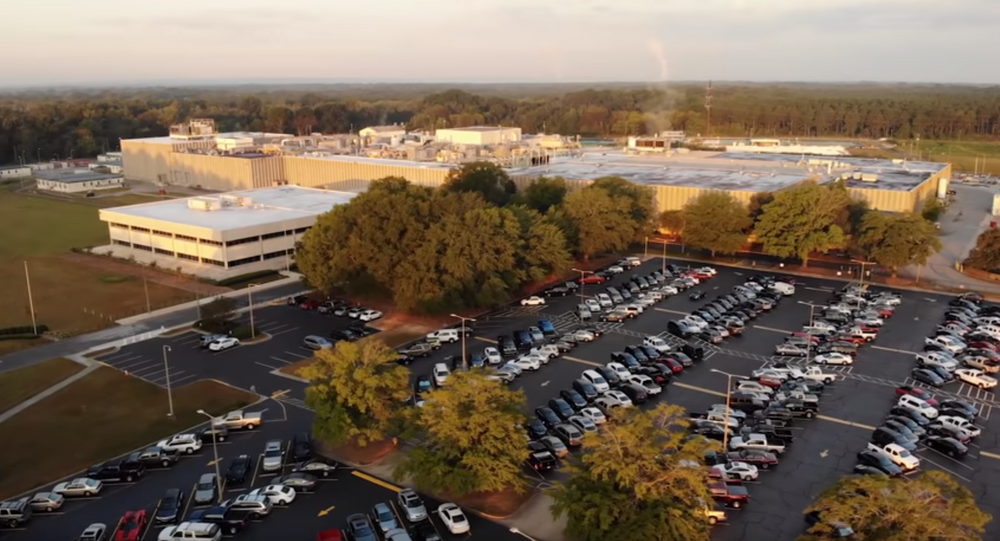 The US Nuclear Regulatory Commission (NRC) is allowing a South Carolina nuclear fuel factory to proceed with business as usual after the controversial facility recently received a “non-favorable” report concerning equipment and had three employees sent to the hospital earlier this month.

Three workers of a Westinghouse Electric Company nuclear plant near Columbia, South Carolina, were hospitalized on October 14 after reporting “an unusual taste in their mouths” after cleaning equipment used to process hydrofluoric acid in the facility, according to an event report issued by the NRC. While all three employees were released later that day, the federal document notes one of them did require medical treatment of some kind.

“Access to the area is controlled, and the equipment remains shutdown pending completion of maintenance activities and appropriate testing before return to operation,” the text reads, adding there were “no health or safety concerns” found in association with the event.

The NRC also claimed “no radioactive material was involved,” but a report to the South Carolina Occupational Safety and Health Administration was conducted due to medical treatment administered to one worker.

This is not the only issue to plague the approximately 1,000-worker nuclear plant. The very next report issued from the NRC noted that the Westinghouse facility had chemical drums with “non-favorable geometry,” which could result in an increased chance of a radiation burst, according to local, Columbia-based newspaper The State. The machinery related to the identified issue has been shut down until federal agents can conduct a routine inspection in early December.

“There’s no question they can do better,’’ NRC spokesman Joey Ledford told The State. “We will continue to aggressively inspect them and take action as necessary.’’

However, nuclear safety watchdog Tom Clements of the Savannah River Site Watch argued to the outlet that the facility’s recent problems are nothing new.

“All this stuff just keeps going on,’’ Clements said. “I would not be surprised if, with the way the facility is being run, they don’t have a major accident we should all be concerned about.’’

The State noted that since 2016, the Westinghouse facility has been riddled with problems such as uranium leaks and buildup of the chemical element in air quality control devices, small fires and other leaks of waste that were allegedly never reported to the NRC.

Back in July, one nuclear waste drum containing 70 grams of uranium caught fire and exploded at the plant, according to the Aiken Standard. A federal report detailed that “the drum contents were smoldering, smoke was observed and the smoke detector activated,” but luckily no one was injured, and the resulting fire was “promptly extinguished.”

Despite the Westinghouse nuclear plant’s history of safety issues, the NRC spokesman says the facility will continue to operate, as the equipment causing the aforementioned problems has been identified.