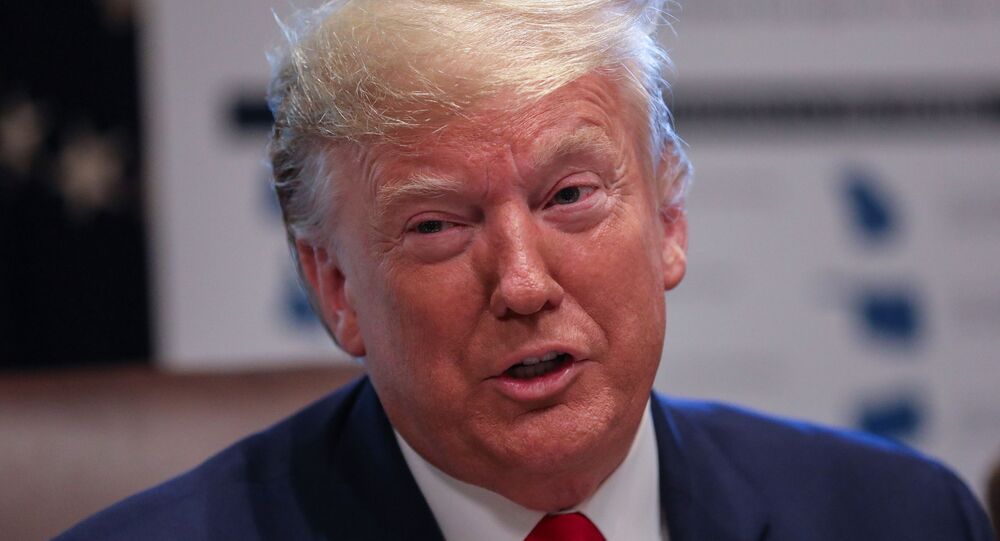 The FBI investigation into alleged ties between Trump campaign officials and Russia eventually evolved into the Mueller probe, which concluded that no such conspiracy ever existed. Trump blasted the FBI for spying on his campaign, claiming that he had been targeted by former President Barack Obama's administration.

US Attorney John Durham will be expanding his investigation into alleged FBI misconduct in the probe into Donald Trump's 2016 presidential campaign, Fox News reported, citing anonymous sources. According to the media outlet, the expansion comes after Durham's visit to Rome, Italy, alongside Attorney General Bill Barr, yielded new evidence in the case.

The broadening of the investigation could reportedly include questioning former CIA Director John Brennan and former Director of National Intelligence James Clapper. Both former officials reportedly promoted the use of the now largely discredited Steele Dossier in their investigation of alleged ties between Trump's campaign and Russia.

While it's unclear from the report what evidence Barr and Durham obtained in Italy, The Daily Beast's earlier report claimed that the two had listened to a recording of a deposition by Joseph Mifsud, a central character in the investigation of the Trump campaign who allegedly told one of Trump's aides that Moscow had "dirt" on Hillary Clinton.

According to The Daily Beast, Mifsud, in the recording reviewed by Barr and Durham, explained to the authorities that police protection for him was necessary. Previously, former Trump campaign aide George Papadopoulos suggested that Mifsud approaching him was part of broader US intelligence plans to set him up.

Trump, whose campaign and numerous of his closest allies have been subject to multiple investigations over the past few years, accused the Obama administration of targeting his campaign in order to support Democratic nominee Hillary Clinton. POTUS further slammed the FBI's investigation for allegedly unlawfully keeping tabs on his 2016 election campaign.

The president alleged that the Foreign Intelligence Surveillance Act (FISA) warrants that were granted to the FBI in order to spy on Carter Page, a former member of Trump's campaign, were given on the basis of the purported findings contained in the so-called Steele Dossier.

The document, compiled by former MI6 agent Christopher Steele, has since been largely discredited, namely due to having been assembled at the request of the firm Fusion GPS. The company had essentially been hired and paid for by the Democratic National Committee (DNC) and Hillary Clinton's campaign separately to gather discrediting information on Trump.