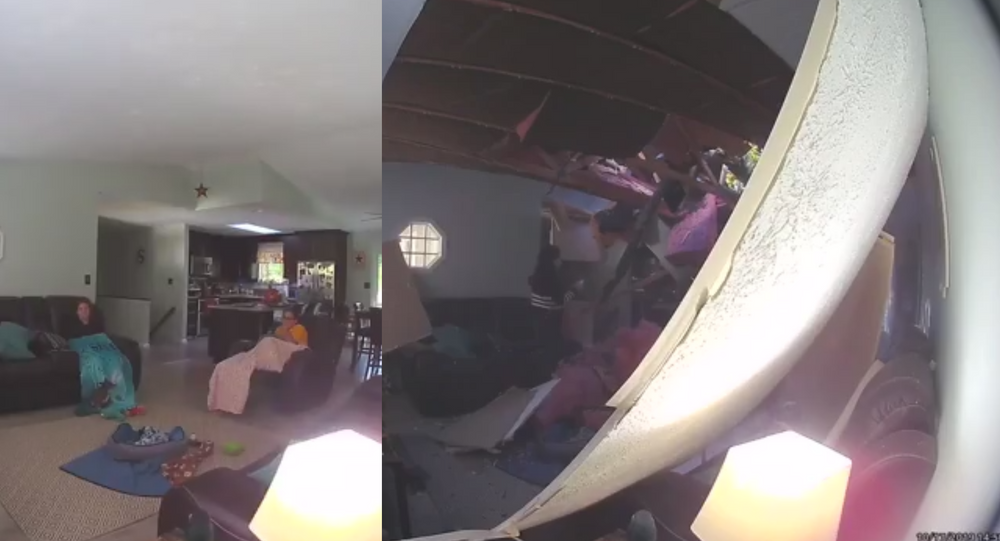 Two teenage sisters and their family dog remarkably escaped with their lives after a massive tree collapsed and crashed through the roof of their Maryland home.

An afternoon at home following a two-hour early dismissal from school went from relaxing to heart-rending for two teens and their dog in Calvert County, Maryland, on Thursday.

Ring home surveillance footage, obtained by Fox 5, shows the moments leading up to the terrifying scene. The dog, named Gizmo, is seen running out of the living room right as the tree crashes through the family home’s roof.

The teen visible in the frame managed to remain somewhat calm and briefly called for Gizmo before phoning her parents. Her sister, clearly shaken by the incident, is overheard screaming.

“We are doing ok - we are just thankful that our girls and puppy made it out ok!! Thank you for all the prayers!” the parents said in a Monday Facebook comment from their joint account. While many individuals offered to help in various ways, the family assured each prospective donor that they were fine and only needed prayers at the current moment.

The father, in an interview with Fox 5, said a stainless steel refrigerator broke the tree’s fall and ultimately saved his daughters’ lives. Neither of the teens sustained major injuries from the incident.

It’s unclear whether the tree’s downing was caused by nature or human error.