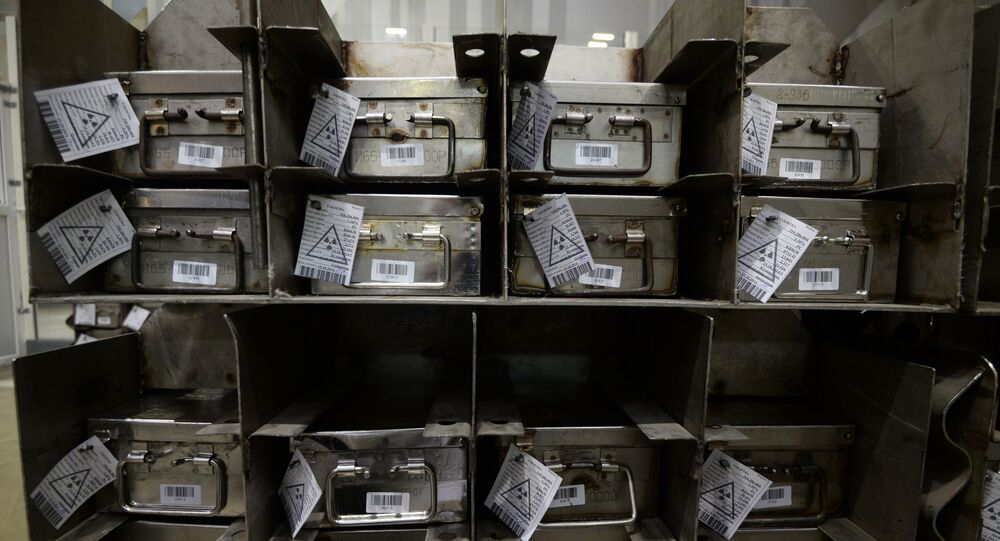 A significant portion of the nuclear fuel supplied to American NPPs has been produced by Russian state companies and their subsidiaries for a long time, and now, apparently even US energy experts see no way of reviving the domestic nuclear fuel production industry without protectionist measures.

US President Donald Trump has recently given a Nuclear Fuel Working Group (NFWG), tasked with finding ways to revive domestic nuclear fuel production and uranium mining, 30 more days to come up with a solution that doesn't include the imposition of limitations on fuel imports, since they’ve apparently failed to find one so far.

If the group doesn't eventually find one, the US will have to continue importing nuclear fuel, which at the moment mainly comes from Australia, Canada and Russia, something which the US government ruled to be a threat to national security. Currently, 93% of the country's fuel needs are covered by imports.

Russia, in particular, has been supplying nuclear fuel to the US since 1987 and continued to do so even after relations between the two countries started to deteriorate in 2014.

The creation of the Nuclear Fuel Working Group was preceded by a petition from the two main national uranium enrichment companies in the US - Energy Fuels and Ur-Energy. They sought to have Washington impose quotas on the domestic production of enriched uranium for both power plants and defence needs, something that Trump ruled out.

There are reasons why these two companies see quotas as a way to boost the industry domestically – the US has been relying on foreign imports for a long time now and thus had little resources and incentives to invest in improving its own expertise to compete with global producers.

Even back in 1980s, the industry in the US suffered from high fuel production costs due to the use of gaseous diffusion technology instead of the centrifuges used in the USSR and later in Russia, which require around 50 times less energy and yield higher concentrations of enriched uranium. This defined Washington's decision to switch to importing the fuel rather than developing the industry at home.

The US nuclear fuel production industry today suffers from high safety costs, which makes competition with cheaper foreign fuel difficult. Domestic uranium mining also suffers from similar problems. The country has numerous preserved uranium shafts, but it would take a lot of investment to reopen them in a way that wouldn't violate American laws on environmental protection.

In light of these factors, few options apparently remain for Washington to fulfil its goal of reviving the domestic nuclear fuel industry and becoming independent of countries like Russia or Canada in terms of fuel for its nuclear plants and nuclear arsenal. One of these options was already dismissed by President Trump in July, when he was creating the NFWG, promising not to resort to quotas on domestically-produced nuclear fuel use.