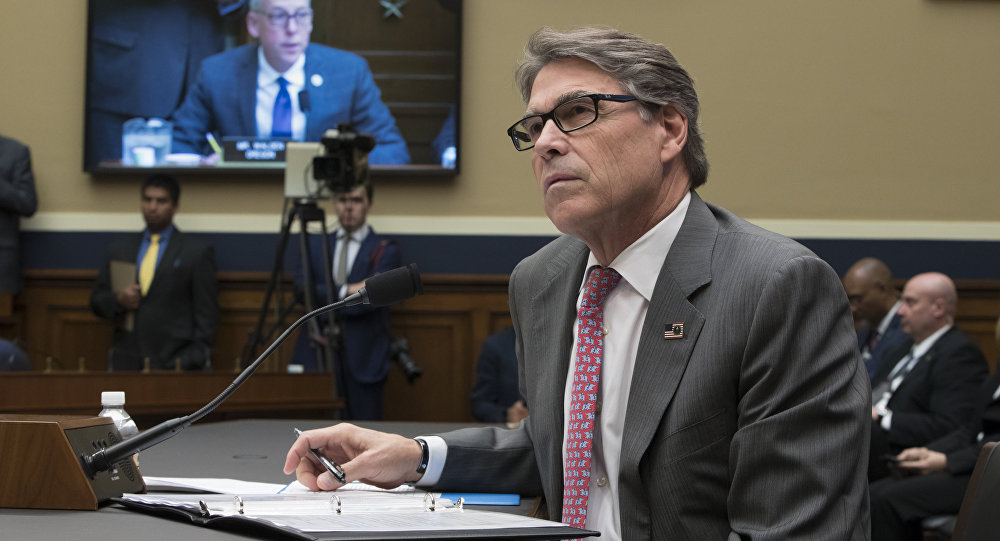 WASHINGTON (Sputnik) - US Assistant Secretary Energy for Congressional and Intergovernmental Affairs Melissa Burnison notified Congress that Secretary Rick Perry will not comply with a congressional subpoena for Ukraine documents related to the impeachment inquiry.

"Pursuant to these concerns, the Department restates the President's position: 'Given that your inquiry lacks any legitimate constitutional foundation, any pretence of fairness, or even the most elementary due process protections, the Executive Branch cannot be expected to participate in it,'" Burnison said in the letter on Friday. "Therefore, without waiving any other objections to the subpoena that the Department may have, the Department is unable to comply with your request for documents and communications at this time."

However, Burnison underscored that the Energy Department is committed to working with Congress on matters of mutual importance that have proper authorization and procedures.

The deadline for the subpoena was Friday.

On October 10, Congressmen Adam Schiff, Eliot Engel and the late Elijah Cummings issued a subpoena to Perry for any documents related to dealings with the Ukrainian government and US President Donald Trump's decision to temporarily withhold security assistance to Ukraine.

On Thursday, Perry formally notified Trump of his intention to resign, which he will do at the end of the year.

On September 24, House Democrats launched an impeachment inquiry into Trump’s July 25 telephone call with Ukraine President Volodymyr Zelensky during which the president asked Kyiv to probe Joe Biden and his son Hunter. The inquiry was initiated after a whistleblower sent a complaint to Congress, saying that Trump threatened to withdraw military aid to Ukraine if Kyiv failed to probe the Bidens.

Democrats have argued that the alleged quid pro quo and Trump soliciting a foreign power to investigate a political rival violate US laws. However, Trump denied the allegations as another attempt at a political witch hunt to reverse the outcome of the 2016 US presidential election, and published the transcript of the telephone call with Zelensky.