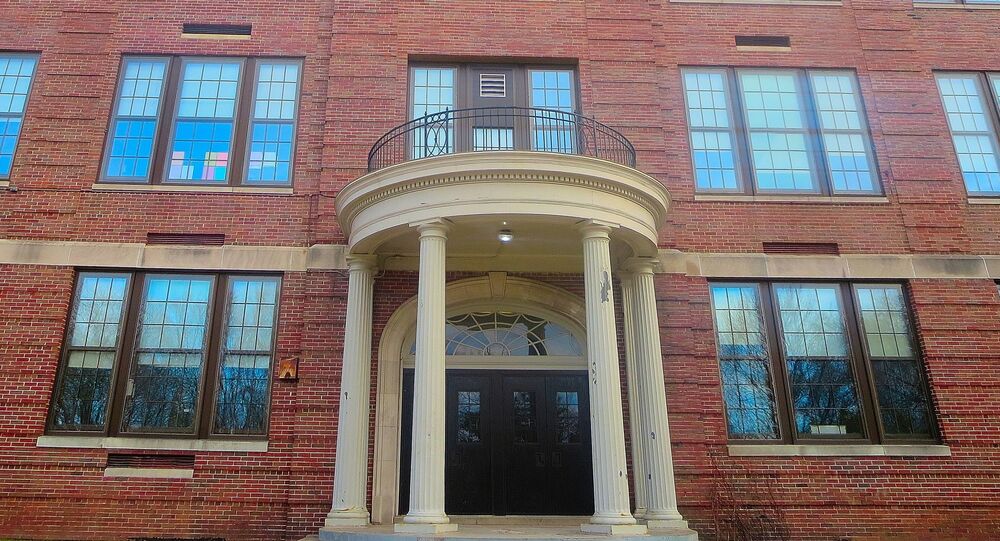 Students and other community members are rallying around a former Wisconsin high school security guard who was fired earlier this week after defending himself against and verbally reprimanding a student using racist language, a move directly in conflict with the school’s zero-tolerance racial slur policy.

Marlon Anderson, a Madison West High School security guard, was terminated from his job on Wednesday following an October 9 verbal dispute with a student who hurled a number of racial insults.

In an October 16 interview with Madison 365, a news outlet also located in the school’s city of Madison, Wisconsin, Anderson revealed that the interaction began after he saw Assistant Principal Jennifer Talarczyk escorting a student out of the school building.

The security guard said he only attempted to intervene after the teen forcefully removed Talarczyk’s hand from his shoulder. Once Anderson approached, the student unleashed a barrage of profanity-laced insults and racial slurs, including the n-word. Both Anderson and the teen are black.

Talarczyk, who is white, reportedly instructed Anderson to “back off” and “tap out,” while not acknowledging the student’s language toward him. The security guard told Madison 365 that he also believes the assistant principal deliberately used his radio to make the situation appear as if he was at fault.

“I have a radio too, so I could hear myself saying, ‘Don’t call me that word,'” he said. “And it made me kind of look at her like, wow, she’s just targeting me. She’s just trying to set me up. That was going through my head. So I finished that sentence, ‘Stop calling me the n-word,’ and she’s still saying, ‘You need to step back, you need to back off.’”

Come Monday evening, Anderson was called to appear before the Madison Metropolitan School District’s (MMSD) school board for a hearing. A number of supporters from the community were in attendance to vouch for the security guard.

“Because I didn’t accept it and tried to correct the behavior with hopes of a restorative conversation, I got fired,” Anderson told WKOW earlier this week.

Anderson said he was not aware of his termination until Wednesday afternoon - around the same time parents were sent an email containing vague details about the situation.

“I’m writing to inform you of a serious incident that occurred at [Madison] West High School last week. The incident involves a staff member using a racial slur with students. We have investigated the incident, and the staff member will not return to West,” the statement read.

Despite the school board’s handling of the situation, a petition, entitled “An Inequitable District,” was created on Anderson’s behalf to get Madison West High and the board to rehire him.

WKOW reported that Noah Anderson, Marlon’s son and a student of Madison West High, staged a walkout and march to the Doyle Administrative Building, which contains the offices of MMSD administrators, on Friday.

The demonstration followed a Thursday statement from School Board President Gloria Reyes which said that the board planned to review its “underlying policies” and approach to events such as the one Anderson was involved in.

According to the outlet, the teacher’s union has also backed Anderson and is calling for him to not only be reinstated, but also receive back pay.

Madison 365 noted that this is not the first time a school employee has been terminated, or resigned after being reprimanded, for their use of racial slurs, despite none of them being directed at students. The school has reportedly lost several teachers and other staff members due to its zero-tolerance policy for such language.

Though it’s unclear whether the school district will offer Anderson his job, the county’s Boys and Girls Club chapter has offered the former security guard a managerial role and matched his former salary.

“We wanted to give him a soft landing,” the club’s CEO Michael Johnson told Madison 365 on Friday. “He seems like he is loved. We’ll respect him and we’ll use his talent at the Boys and Girls Club.”