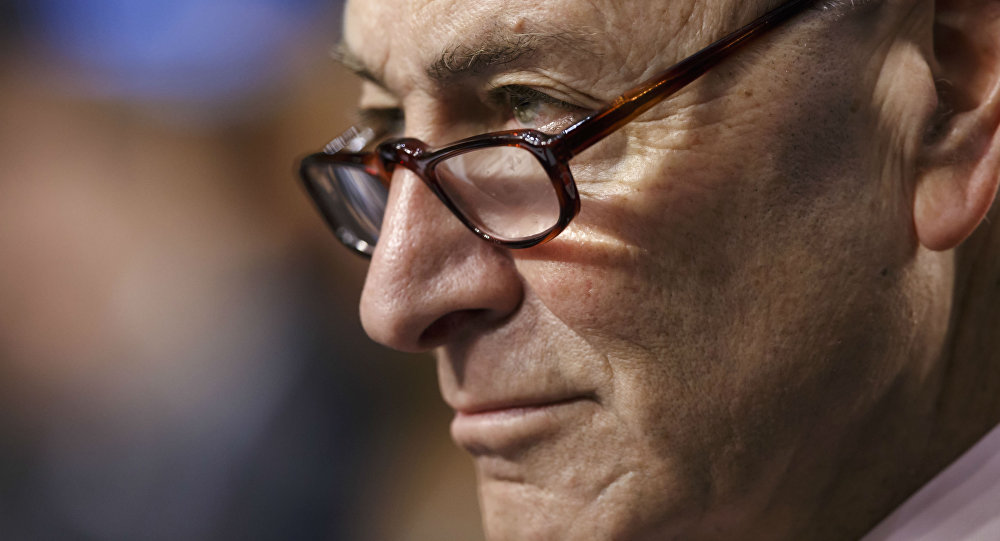 Schumer’s Motion to Rebuke Trump over Syria Fails in Senate

As senators fought Thursday over the political situation in northern Syria and sanctions against Turkey, Minority Leader Charles E. Schumer tried to reverse Trump’s decision and return US forces.

Schumer tried to force a symbolic rebuke of Trump, saying it would send a signal that might make the president reverse his decision and send US troops back in. His motion, however, was blocked by Sen. Rand Paul who said not only has Congress never authorized going to war in Syria, but sending troops back would mean putting them in between Turkey and the Kurds, both US allies but who are now battling each other.

Paul suggested halting US arms sales to Turkey, which he said would be a serious blow rather than a symbolic rebuke, yet Sen. James Risch, chairman of the Foreign Relations Committee, blocked it, telling both sides to cool down and wait for “comprehensive legislation.”

According to Graham, the new sanctions would affect "top Turkish officials" beyond those already targeted by the White House, including restricting visa access to the US, as well as "asking [for] a deep dive into Erdogan's personal finances," along with sanctions targeting the Turkish armed forces and Turkey's state-owned Halk Bank.