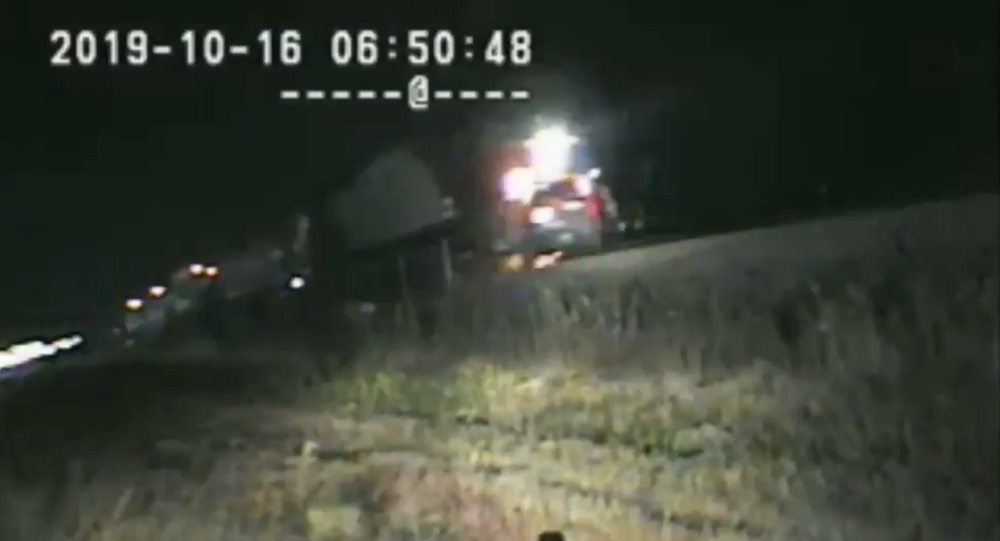 State Trooper Ruben Correa is receiving nothing but praise this week after he was able to drag a driver to safety moments before a train barreled into the individual’s parked car early Wednesday in Centerville, Utah.

The incident unfolded at roughly 6:50 a.m. local time along a short embankment near a set of train tracks. Correa jumped into action after spotting the driver parked on the tracks, and noticing that lights from the front of the train were coming closer to the vehicle. At the time, Correa had been responding to a nearby traffic call.

Nearly four seconds pass from the moment in which the pair walk away from the parked vehicle to when the train smashes into the car. The released dashcam recording ends with the train coming to a full stop several seconds later and Correa calling for additional assistance.

ABC News reported that Correa later revealed that the driver had been unconscious, and that the two of them tumbled into a fence after running away from the vehicle.

“I saw he was unconscious, so I opened his door [and] explained to him we’ve got to get out,” Correa recalled at a recent press conference. “He wasn’t responding. Then I heard the horn from a train.”

According to the Salt Lake Tribune, Correa estimated at the conference that the train was going between 50 mph and 80 mph. He further noted that the unidentified driver had experienced “an unknown medical condition.” The driver has since been reunited with his family.

As for the Utah patrolman, he told news outlets that he’s still trying to process the incident, but that he was also just doing his job.

Crime No More: Lawmakers Allow Unmarried to Have Sex in Utah - Report