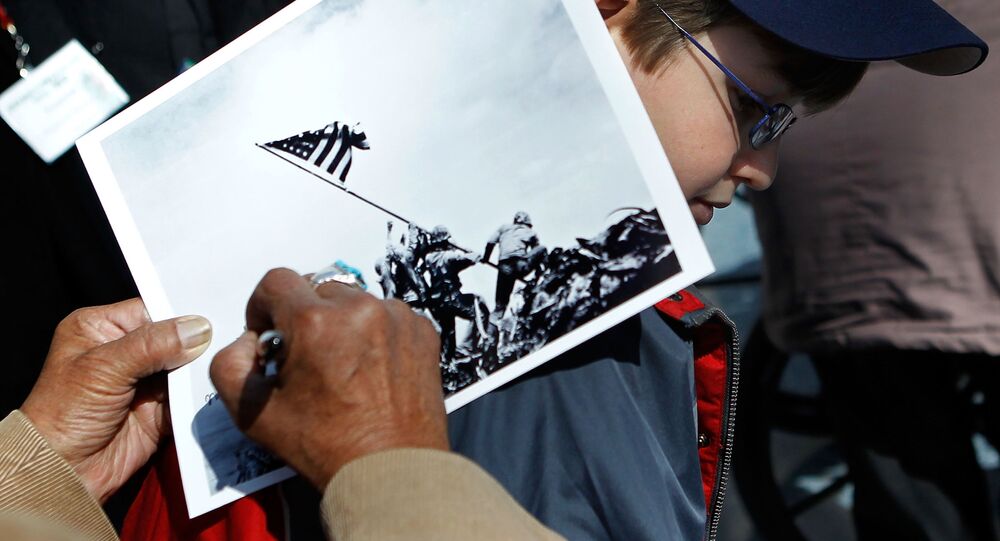 Almost 7,000 US troops were killed in the five-week Battle of Iwo Jima during the Second World War. The photo of six US soldiers raising a flag on the Japanese island was taken by an AP photographer in February 1945.

The US Marine Corps has admitted in a statement that it was Corporal Harold 'Pie' Keller rather than Private First Class Rene Gagnon who was one of the six flag-raisers seen in the iconic World War II photograph.  Keller died of a heart attack in 1979.

“Regardless of who was in the photograph, each and every Marine who set foot on Iwo Jima, or supported the effort from the sea and air around the [Japanese] island is, and always will be, a part of our Corps’ cherished history. In the words of General David H Berger, Commandant of the Marine Corps, ‘they are all heroes’”, the statement pointed out.

The marines spoke after historians Stephen Foley, Dustin Spence and Brent Westemeyer looked through archival film footage and other photos taken at Iwo Jima in order to determine Keller’s identity which was then confirmed by a marines investigative board and investigators from the FBI’s digital evidence laboratory.

Keller’s daughter told NBC News that his family is grateful for the corrected identification, saying, “now we know he’s in that photo”.

“When I would ask him about the photo on our wall, he would say something like, ‘That group raised a flag.’ He just never spoke much about this when we were growing up”, she added.

Three of the six soldiers in the Pulitzer Prize winning image, made by AP photographer Joe Rosenthal on 23 January, 1945, died in the later stages of the Battle of Iwo Jima which claimed the lives of nearly 6,000 US troops.