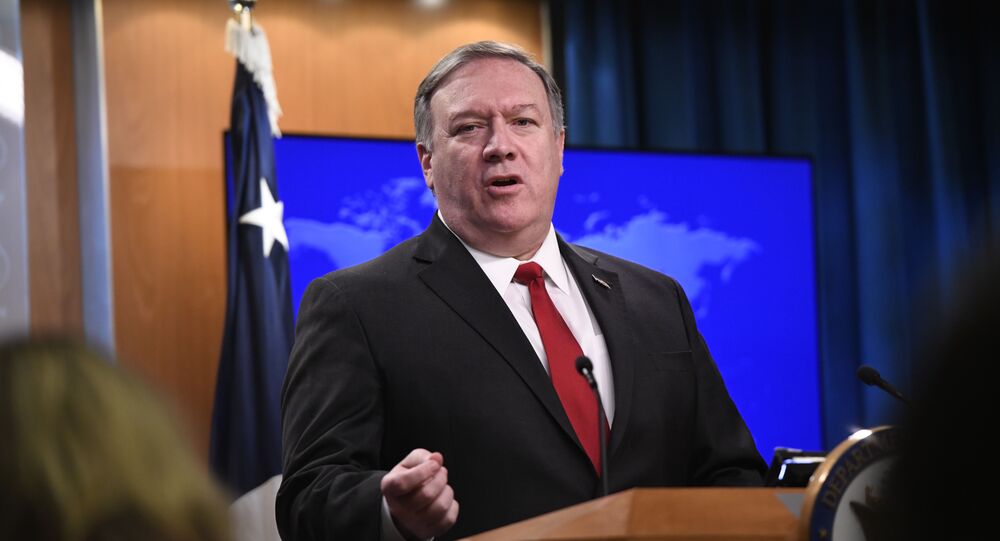 Earlier, former US Ambassador to Ukraine Marie Yovanovitch claimed that President Trump had been trying to remove her from the post “since the summer of 2018.”

The sources argued that Pompeo’s unwillingness to lend support to Yovanovitch added significantly to McKinley’s decision to resign last week.

In his resignation letter addressed to staff, McKinley said that the decision on resignation was personal, saying he was “leaving the Department to pursue other opportunities, wherever they may lead."

He testified before the three House committees which are currently dealing with an impeachment probe against President Donald Trump.

In particular, they are probing the Trump-Zelensky phone call and efforts by Trump’s personal lawyer Rudy Giuliani's to push for Yovanovitch's ouster.

McKinley’s testimony came after Yovanovitch asserted that she had been removed in May because of Trump’s pressure and “a concerted campaign" against her.

She testified that Deputy Secretary of State John Sullivan informed her about the fact that Trump had lost confidence in her, and that the State Department had "been under pressure from the President to remove me since the summer of 2018.”

Yovanovitch attributed her ouster to “unfounded and false claims by people with clearly questionable motives,” in an apparent nod to Giuliani and his associates.

“With respect to Mayor Giuliani, I have had only minimal contacts with him - a total of three that I recall. None related to the events at issue. I do not know Mr. Giuliani's motives for attacking me. But individuals who have been named in the press as contacts of Mr. Giuliani may well have believed that their personal financial ambitions were stymied by our anti-corruption policy in Ukraine,”  The New York Times and The Washington Post quoted her as saying in a statement during the testimony.

During his conversation with Ukrainian counterpart Volodymyr Zelensky in July, Trump called Yovanovitch "bad news," according to the transcript of the call earlier released by the White House.

The Democrats used the Trump-Zelensky call as a pretext to announce an impeachment inquiry against the US President who is accused of pilling pressure on Zelensky so that he could investigate corruption allegations against former US Vice President Joe Biden and his son Hunter. Trump denies the allegations, labeling the impeachment proceedings as “witch hunt garbage.”