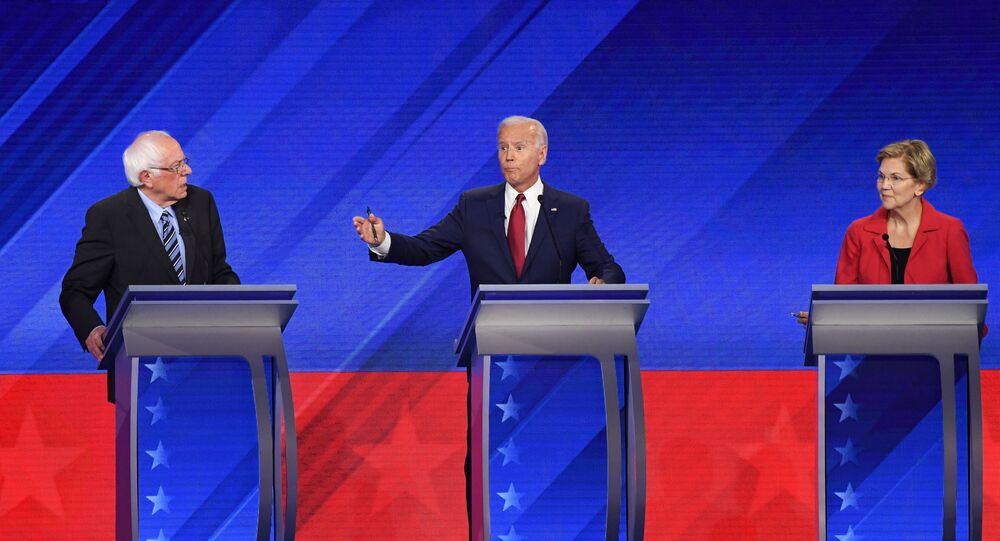 The US President Donald Trump has lashed out at his Democratic rivals in the upcoming 2020 presidential vote calling them 'clowns' and warning of an economic crisis on the scale of the Great Depression if any of them were elected president.

Our record Economy would CRASH, just like in 1929, if any of those clowns became President!

The tweet comes on the heels of another post in which he took aim at his opponents saying that the debate proved none of them is fit to rule the United States.

You would think there is NO WAY that any of the Democrat Candidates that we witnessed last night could possibly become President of the United States. Now you see why they have no choice but to push a totally illegal & absurd Impeachment of one of the most successful Presidents!

​​Twelve Democratic presidential candidates took a part in debates on Tuesday at Otterbein University in Westerville, Ohio, co-hosted by CNN and The New York Times.