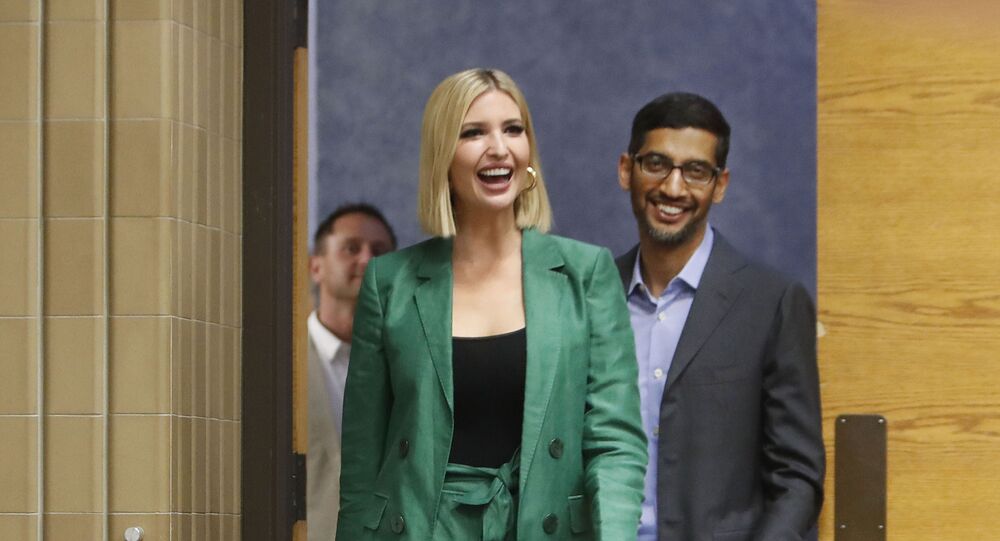 In July 2017, First Daughter Ivanka quit her namesake apparel business, formally taking on a White House role in which she has been granted a security clearance and needs to comply with ethics regulations, unlike when she first tried her hand at the administration as an unpaid federal employee.

Per sources cited by The Daily Wire, Walter Shaub, the former director of the Office of Government Ethics under Obama, has done his best to build up controversy around POTUS Trump’s daughter and aide Ivanka by suggesting that there was something that could be taken as nefarious in the fact that China had granted her a trademark for voting machines.

“China gave Ivanka Trump a trademark for voting machines while she was committing nepotism in the White House”, Shaub, who recently doubled as a CNN contributor , tweeted, adding unambiguously that “America still waits for an explanation”.

Citizens for Responsibility and Ethics in Washington (CREW) remarked that Ivanka’s business applied for the trademarks in 2016 and that they covered an array of items apart from voting machines – namely handbags, wedding dresses, accessories, and jewellery.

Incidentally, Ivanka’s business, which she was deeply preoccupied with before her White House job, relied on a Chinese manufacturer to supply fashion items like shoes and handbags. However, the same report by CREW concluded that Ivanka’s business applied for these trademarks in early March 2016 – months before then-presidential candidate Donald Trump even secured the GOP nomination for the presidency.

The Daily Wire cited a number of sources as saying that Shaub is, however, one of those people, who “genuinely” have questions about the trademarks, while knowing that trade infringement is so common in China that it is standard business practice for US enterprises to ask the Chinese to trademark a plethora of products all at the same time. In this case, he found fault with the first daughter applying for a voting machine trademark.

Despite the ongoing trade war and negotiations, China granted in late January another five trademarks to Ivanka Trump while the previous ones, approved earlier, cover a whole range of products and services from wedding dresses to brokerages. The news triggered an ethical debate, as well as concerns that by requesting high-profile intellectual property rights from a foreign government, the White House could make it possible for China to exert pressure on the US in major economic talks.

Last July, over a year after Ivanka assumed her position as a senior White House aide, the US president’s eldest daughter shut down her namesake apparel brand.

Ivanka Trump took on the new role of special assistant to the president in March 2017 as an unpaid federal employee, while before that she is known to have been working at the White House unofficially, meaning she didn’t have to comply with ethics and disclosure rules that apply to government officials.