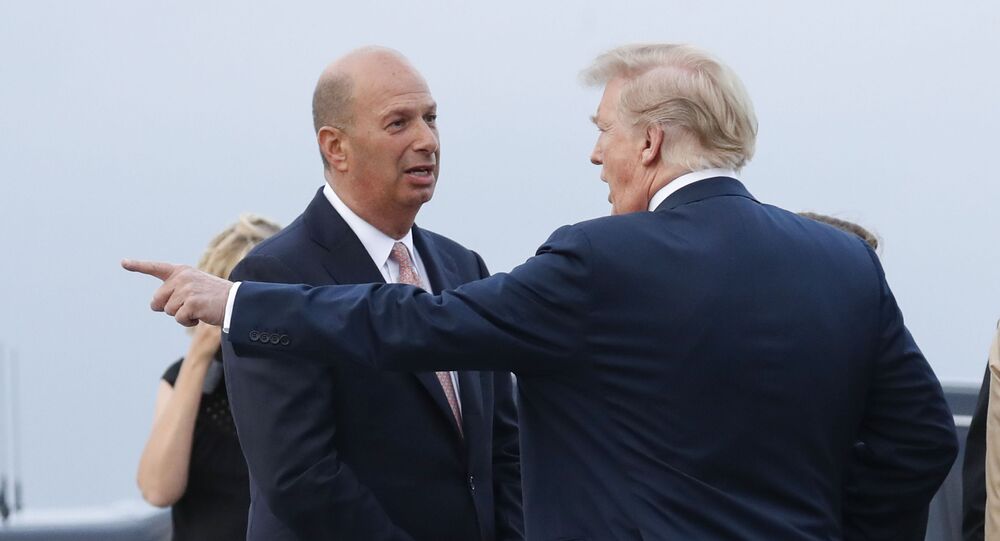 US Ambassador to the European Union, Gordon Sondland, will testify next week in the House impeachment probe into President Donald Trump over a controversial 25 July phone conversation with Ukrainian President Volodymyr Zelensky, despite vows by the Trump administration that there will be no cooperation from the White House.

Sondland intends to tell Congress that the content of a text message he wrote denying "a quid pro quo" with Kiev was relayed to him directly by Trump in a phone call, The Washington Post said Saturday, citing a source familiar with the testimony.

In particular, the envoy will tell legislators that he has knowledge of whether the president was telling him the truth at that very moment.

"It’s only true that the president said it, not that it was the truth”, the source said, cited by the media outlet.

The US diplomat will reportedly hold out the possibility that Trump was not truthful enough in his denial of a "quid pro quo" with Ukraine on withholding some $400 million in security aid to Kiev.

“Whether he’s deciding it’s getting too hot to handle and he backs off whatever his position really was a month earlier, I don’t know”, the source suggested, cited by The Washington Post.

Three House committees subpoenaed Sondland after he was invited to testify on Tuesday but the envoy did not appear, on orders from the State Department.

At the center of the controversy remains text messages between Sondland and the acting US Ambassador to Ukraine, William B. Taylor. Taylor  reportedly texted the "quid pro quo" issue hours before the US Envoy to EU called the US president. “I think it’s crazy to withhold security assistance for help with a political campaign”, Taylor texted Sondland, cited by The Washington Post.

According to the source, cited by the US-based media outlet, at that very moment Sondland called Trump, who declared at the time that he did not “want a quid pro quo […] didn’t want anything from Ukraine”.

In one of the messages, Sondland said that “the President has been crystal clear, no quid pro quo’s of any kind”.

The impeachment inquiry launched earlier by House Dems, alleges that Trump threatened to withhold financial aid to Ukraine and solicited a foreign "quid pro quo" meddling to probe the business dealings of former US Vice President Joe Biden and his son Hunter in Ukraine

Trump denies any wrongdoing and accused House Democrats of waging a political with hunt.

Trump Happy to Make Impeachment the Centerpiece of 2020 Campaign