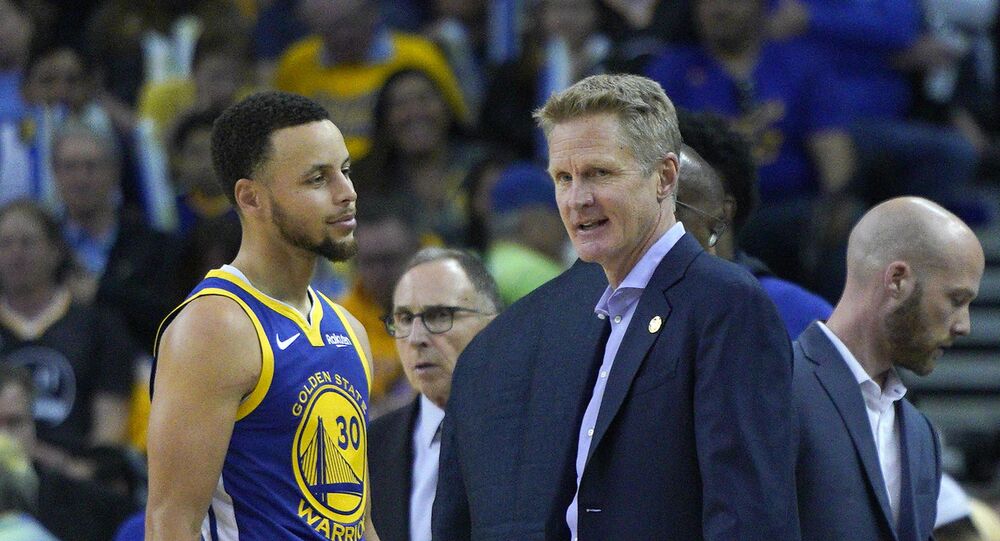 'Don’t Want Him at the White House!': Trump Lashes Out at Warriors Head Coach Kerr

The National Basketball Association (NBA) is dealing with backlash from its Chinese sport and business partners on a since-deleted tweet from Houston Rockets general manager Daryl Morey, who commented in support of the protesters on the ongoing mass protests in Hong Kong.

Kerr said Monday that "It's a really bizarre international story, and a lot of us don't know what to make of it. So it's something I'm reading about just like everybody is, but I'm not going to comment further than that", according to Reuters.

Trump slammed Kerr earlier as a "scared little boy". Late on Friday, the US president in a tweet withdrew a ceremonial invitation to honor in the White House the head coach of the 2019 NBA champion Golden State State Warriors.

So funny to watch Steve Kerr grovel and pander when asked a simple question about China. He chocked, and looks weak and pathetic. Don’t want him at the White House!

Warriors star guard Stephen Curry, another vocal critic of Trump, said earlier this week, cited by Reuters, "I just heard about the Trump thing. I gotta welcome Steve to the club".

In 2017, after Stephen Curry announced that he would be opposed to the then-NBA champion Warriors celebrating their title at the White House, Trump said that "Going to the White House is considered a great honor for a championship team. Stephen Curry is hesitating, therefore invitation is withdrawn!"