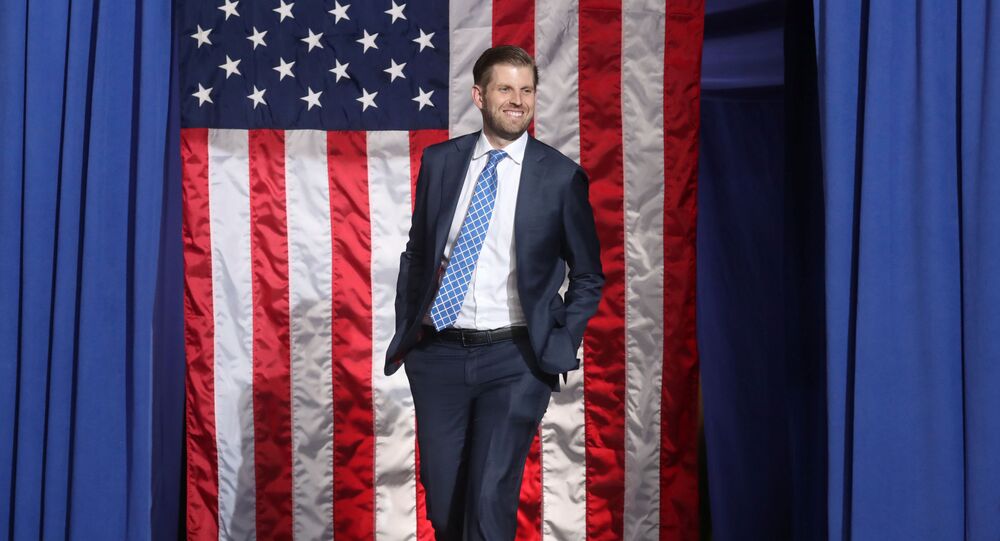 Can it be that the Trump followers have found themselves a new target?

Donald Trump’s Minneapolis rally audience burst into chanting after Eric Trump, who spoke ahead of his father in a bid to warm up attendees, lashed out at Democratic presidential candidate Joe Biden and his son Hunter on Thursday.

At some point during his speech Eric suggested that Democratic presidential candidate Elizabeth Warren must be not “looking too good” after seeing “all this crowd” at Minneapolis before turning his attack on the Bidens.

“How do you think his son is feeling right now after embezzling a lot of money, taking a lot of money?” the younger Trump told the audience. “The crookedness. He’s not looking too good either.”

He then suggested altering the notorious Trump chant to refer to Biden instead of Trump’s 2016 rival, Hillary Clinton.

The rally audience liked the idea as well, briefly chanting “lock him up”.

Joe Biden and his son, Hunter Biden, both face scrutiny in relation to business they have done in Ukraine. Hunter is a member of the board of directors of Burisma Holdings, a firm facing allegations of corruption in Ukraine. The former vice president is under fire for demanding the former Ukrainian President Petro Poroshenko fire his prosecutor general – a deed he publicly admitted to.

Democrats have initiated an impeachment inquiry into Trump for a favor plea he made to Ukrainian President Volodymyr Zelensky to probe allegations of wrongdoing by the two Bidens. Dems say Trump used the withholding of military funding for Ukraine as leverage against Zelensky – an allegation that both leaders have denied.