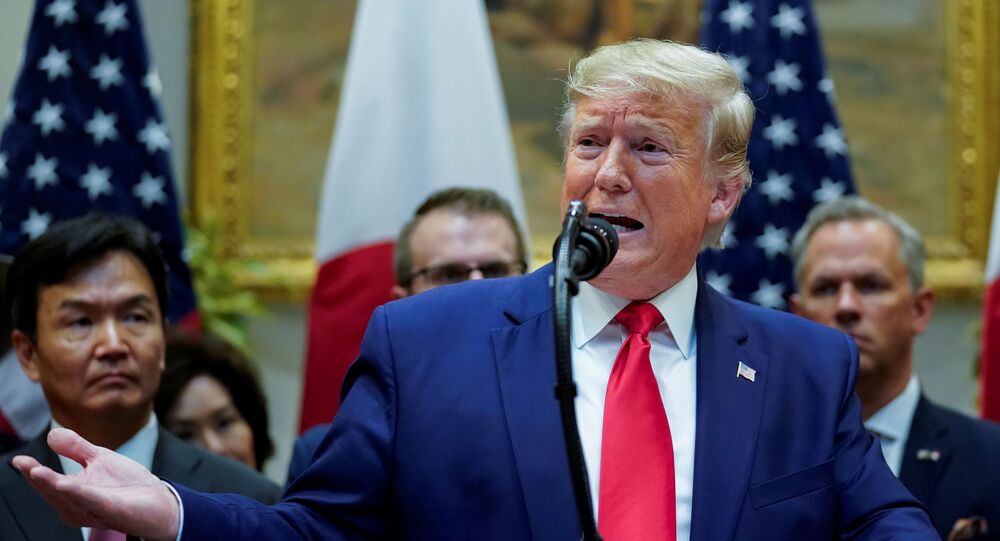 US President Donald Trump slammed Fox News pollsters and expressed his longing for the “good old days” of the news station after the outlet’s recent survey on impeachment revealed more than half of the respondents support 45’s removal.

While Trump usually issues glowing social media posts about Fox News and its affiliates, the president had harsh words for the news organization’s team of pollsters and a select number of employees on Thursday, following the results of a poll that showed a “record support” for Trump’s impeachment.

According to the results of the Fox News poll, which surveyed a random national sample of 1,003 registered US voters via phone between October 6 and 8, 51% of respondents support Trump’s impeachment and removal, 40% do not support impeachment at all, and only 4% of those surveyed believe he should be impeached but continue serving as president.

Results accounted for a margin of sampling error of ±3% and showed a 9-percentage-point increase in voters favoring Trump’s impeachment when compared to a July 2019 poll also conducted by Fox News.

Not only did Trump express his clear displeasure with the results and let the pollsters know they “suck,” but he also attacked Fox News anchor Shepard Smith and former DNC chair-turned correspondent Donna Brazile.

...Court Justice & I turned him down (he’s been terrible ever since), Shep Smith, @donnabrazile (who gave Crooked Hillary the debate questions & got fired from @CNN), & others, @FoxNews doesn’t deliver for US anymore. It is so different than it used to be. Oh well, I’m President!

Naturally, Trump's campaign also did not take kindly to the outlet’s results and blasted the Fox News pollsters’ methodology.

"It's not hard to get 51% in favor of impeachment when nearly half of those polled were Democrats. The media should put this poll where it belongs - in the garbage," a campaign official told the Washington Examiner concerning the random national sample data.

According to the poll’s “political identification” section, 48% of those surveyed identified as Democrats, Republicans represented 40% of respondents, and the remaining 12% of people were labeled “Independent” or “Other.”

Not only did the results show an increase in American voters’ support of Trump’s impeachment, but Fox News' published report also noted that Trump and former Secretary of State Hillary Clinton had similar approval ratings. Data showed 41% found Clinton favorable and 54% did not, while Trump’s results were 43% and 56% in terms of favorability and unfavorability, respectively.

Fox News also made former President Bill Clinton’s 1998 impeachment a point of comparison. Without providing numbers, it was revealed that more of those polled, “by a 3-point margin,” believed “people were out to get” Clinton than believed he was “getting what he deserved.” On the other hand, 48% of respondents believed Trump was getting his just desserts, and 37% said otherwise.

Pentagon: Trump Consulted With US Defense Secretary Over Turkish Military Action in Syria

Trump Owes More Than $840,000 in Security Costs for Campaign Rallies