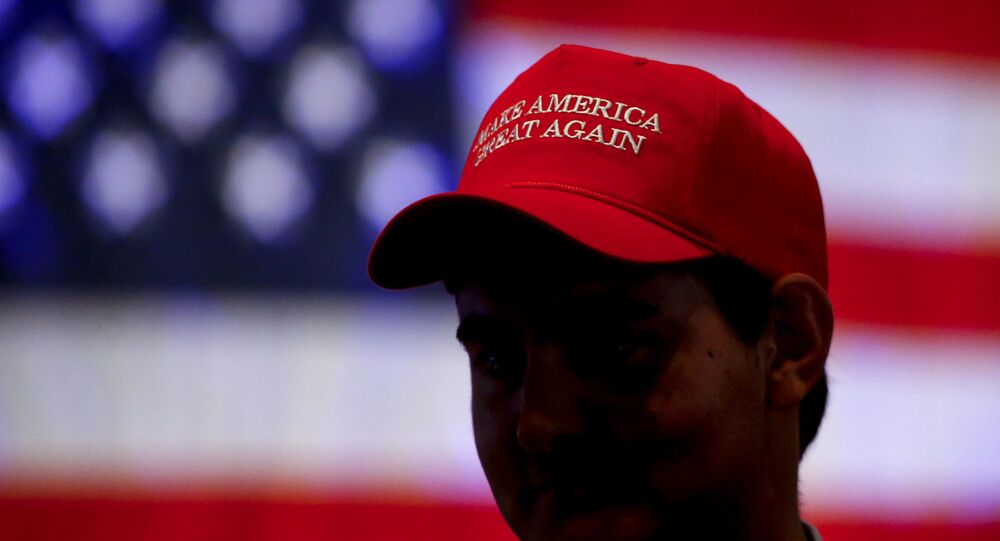 The supplementary material that was reportedly provided to those in attendance also listed a number of alleged “overt white supremacy” examples, such as “the Ku Klux Klan”, “neo-Nazis” and “the n-word”.

A seminar called "Confronting White Supremacy through the Arts" that was held at the San Diego City College (SDCC) earlier this month apparently branded the "Make America Great Again" campaign slogan popularised by the current US President Donald Trump, as an instance of white supremacy, Campus Reform reports.

​And while the "overt" examples included things like the Ku Klux Klan, neo-Nazis and "the n-word", items listed as "covert white supremacy" featured "Make America Great Again," cultural appropriation, Columbus Day celebration, and "racist mascots," among others.

"Come join us in confronting White Supremacy through students’ performances," a promotional flyer for the event reportedly said. "Prior to the performances, guest speakers will set the stage and contextualize what white supremacy is, its areas of activity, and how rampant it is in our society, curriculum, mindsets, and media."

The supplementary material also included a “white supremacy wheel” which “broke down the origins of white supremacy on a global scale, tying the concept to fields ranging from economics and education to sex and religion.”

One of the SDCC students who attended the seminar also complained to the media outlet that he now has to hide his MAGA hat “in worry of being threatened or targeted with speech or allegations again by another student.”

"I attended the end of the event to see that they had multiple students performing acts such as rapping, poems, singing that were directed towards the current administration and people who either support or follow the current president/administration. Some of the topics included some of the misinformation about people like me (Trump supporters)", he said as quoted by Campus Reform.

The media outlet also noted that the seminar was organised by professors Michelle Chan and Maria-Jose Zeledon-Perez, co-directors of the World Cultures program at SDCC, and that the college did not return a request for comment "in time for publication."