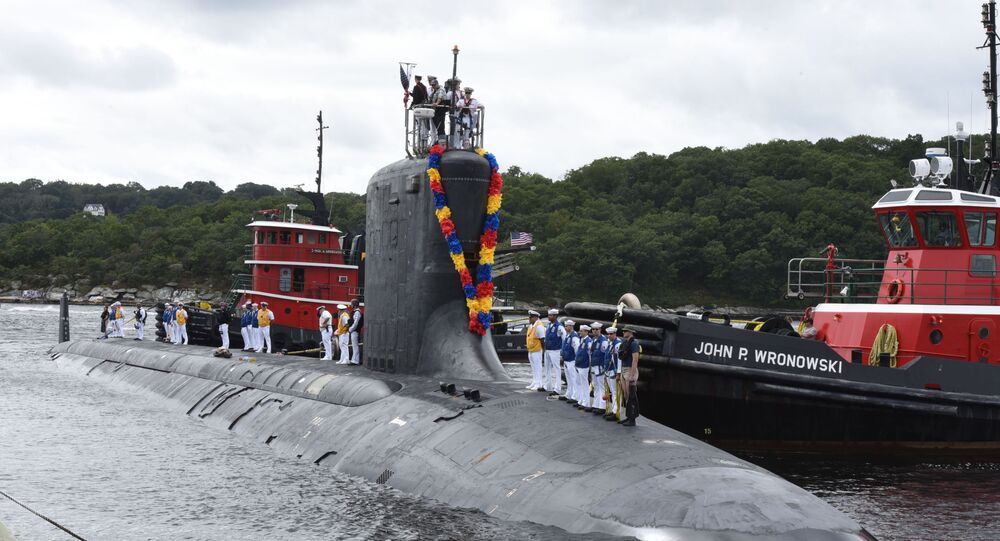 An engineer named Ari Lawrence who had worked at the shipbuilder Huntington Ingalls plans to file a lawsuit against his former employer, claiming that the company had been falsifying submarine tests for more than a decade, The Washington Post reported.

Ari Lawrence, a whistleblower who held a senior post in the submarine division of America's largest military shipbuilding company in 2017, has accused Huntington Ingalls of neglecting the Navy’s testing and certification requirements, thus ostensibly jeopardising the lives of sailors.

In his complaint, reported by The Washington Post, Lawrence claimed that the shipbuilder assigned unqualified employees during important procedures in the construction of the US Navy’s Virginia-class nuclear submarines and then covered its mistakes by falsifying inspection records.

Lawrence has not requested anonymity and brought up his allegations in a publicly available complaint filed under the federal False Claims Act.

“Ari Lawrence is a young man of great courage. We intend to represent his interests and those of the United States aggressively,” Jamie Shoemaker, an attorney representing the whistleblower said, as quoted by The Washington Post.

A spokesman for the shipbuilding company, meanwhile, has said that Huntington Ingalls will “vigorously defend” itself, clarifying that it cooperated fully with an earlier federal investigation.

Submarines of the Virginia-class are fourth-generation multipurpose US Navy 'Hunter/Killer' submarines, designed to deal with submarines at depth and for coastal operations. In addition to standard armament, the boat also has equipment for special operations - uninhabited underwater vehicles, an airlock for light divers, as well as a deck mount for a container or a very small submarine.