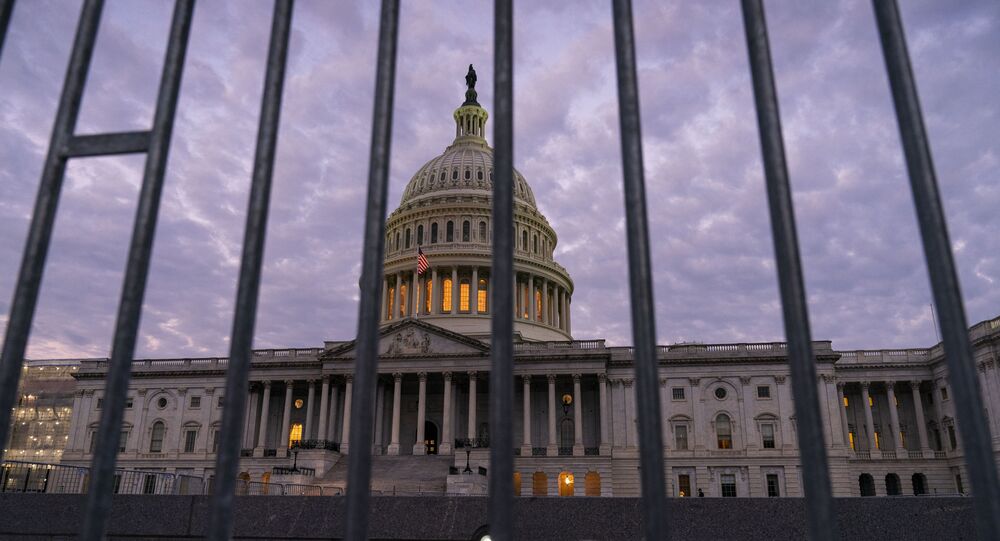 The whistleblower’s identity is still being concealed, ostensibly to shield the officer from possible retaliation, but a few details that have recently emerged in the media may add weight to Donald Trump’s assumption that the whistleblower, in fact, had partisan motives.

The whistleblower who had filed a complaint about Donald Trump’s phone call with Ukrainian President Zelensky, setting off the biggest US political crisis in years, may have had “professional” ties with a 2020 Democratic candidate, The Washington Examiner reports.

Inspector general for the intelligence community Michael Atkinson reportedly commented on the matter while testifying on Friday at a House Intelligence Committee closed-door hearing on the scandalous whistleblower complaint.

A person with knowledge of what was said told the Examiner that Atkinson said the whistleblower “worked or had some type of professional relationship with one of the Democratic candidates”.

According to another congressional insider, “what [Atkinson] said was that the whistleblower self-disclosed that he was a registered Democrat and that he had a prior working relationship with a current 2020 Democratic presidential candidate.”

It was not clear which 2020 candidate it was and what the nature of their relationship was.

If this “professional relationship” is proven to be true, it may boost Donald Trump’s position in the ongoing impeachment process. The president has already picked up the report, tweeting: “In other words, was working with someone who was potentially running against me. Why wasn’t this reported by the ICIG?”

Wow, Just Breaking: “The (big deal) Whistleblower had a ‘PROFESSIONAL TIE’ to 2020 Democratic Candidate.” Washington Examiner, @ByronYork In other words, was working with someone who was potentially running against me. Why wasn’t this reported by the ICIG? A Witch Hunt Scam!

The complaint that sparked the fire

The whistleblower complaint at the heart of the impeachment inquiry refers to the phone call Donald Trump had with Ukraine’s Volodymyr Zelensky in July. According to a rough transcript of the call, Trump asked Zelensky to help investigate former vice president Joe Biden and his son, Hunter Biden, over allegations that Joe used his position to stymie a corruption probe into a Ukrainian energy company after Hunter was appointed to its board of directors.

Trump insists there was nothing criminal, let alone impeachable, about his request, but the House Democrats believe it amounted to soliciting foreign interference to help him win in the 2020 election (Joe Biden is a leading Democratic hopeful).

The whisteblower's 'political bias' is called into question

The Trump-Ukraine complaint was filed on 12 August with Michael Atkinson; according to a memo by the Justice Department’s Office of Legal Counsel dated the same month, the inspector general said the whistleblower had exhibited “arguable political bias”. Even so, Atkinson conceded that the allegations laid out in the complaint were worthy of investigation.

It wasn’t immediately clear what the possible “political bias” was about, but CNN reported last week, citing sources with the investigation, that it referred to the fact that the whistleblower was a registered Democrat. The New York Times had earlier reported that the individual was a CIA agent who was assigned to the White House.

Donald Trump and some of his Republican allies have said that the identity of the anonymous intelligence officer should be revealed. However, the House Democrats are said to be considering masking the individual’s identity by questioning them away from Capitol Hill via a video link.

The whistleblower admitted to having learned about the problematic Ukraine call from other officials in the complaint, and a second person thought to have direct information about the call has come forward, the lawyers for the first whistleblower have announced recently.

No cooperation, the White House says

Meanwhile, the Trump administration is refusing to cooperate with the impeachment inquiry and is blocking the Democrats’ attempts to move forward with it. On Tuesday, the White House told US ambassador to the European Union Gordon Sondland, a key witness in the probe, not to appear at a scheduled interview with a congressional committee.

President Trump justified his move by calling the Democrat-led inquiry “a totally compromised kangaroo court”; the Democrats said they viewed it as “obstruction of the impeachment inquiry”.