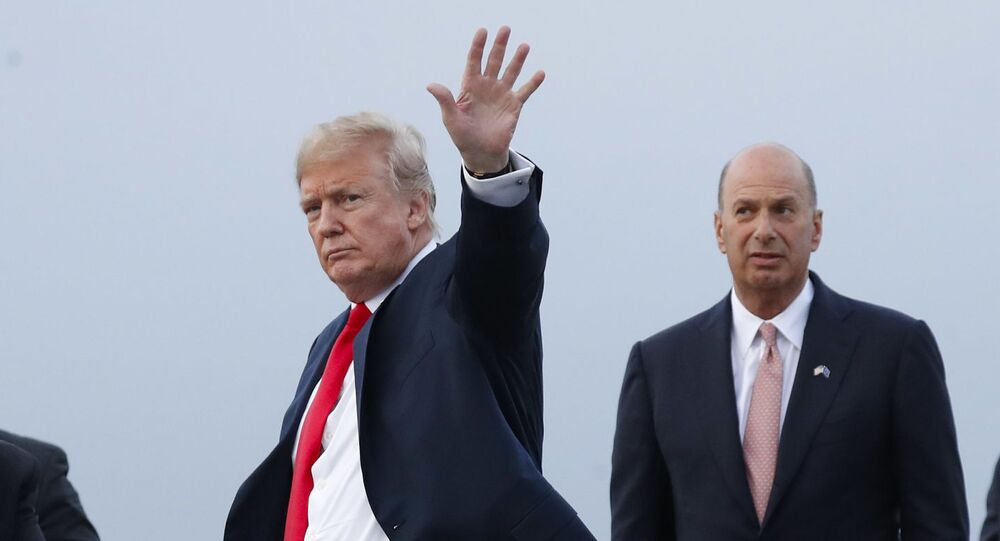 The US House of Representatives has issued a subpoena for the US Ambassador to the European Union, Gordon Sondland, to testify on allegations that the Trump administration attempted to persuade Ukraine to investigate possible corruption by former Vice President Joe Biden.

In a letter to Sondland, the Democratic chairmen of three House committees said the subpoena compels him to appear on 16 October to answer questions on his role in US President Donald Trump's reported efforts to pressure Ukraine to probe a political rival.

According to a statement issued earlier on Tuesday by three Democratic chairpersons, "Ambassador Sondland’s testimony and documents are vital" for the ongoing impeachment inquiry into Trump's 25 July telephone call with Ukraine President Volodymyr Zelensky.

House Dems said in the statement that "Ambassador Sondland routinely spoke to the President and had conversations with both Trump and Zelensky before and after the July 25 call, noting in a July 26 television interview that he spoke to President Trump 'a few minutes before' President Trump made the July 25 phone call".

US Secretary of State Mike Pompeo earlier warned against intimidating and bullying "distinguished professionals of the Department of State” in the Trump-Ukraine probe.

Hunter Biden and his father Joe Biden were embroiled in a political scandal beginning in 2016 after then-US Vice President Joe Biden publicly admitted that he had demanded - threatening to withhold $1 billion in US military aid to Ukraine - to fire the Ukrainian prosecutor general who investigated the business dealings of Biden's son in Ukraine.

The White House said in a statement on Tuesday that the Trump administration will not participate in what it is describing as "political theater".