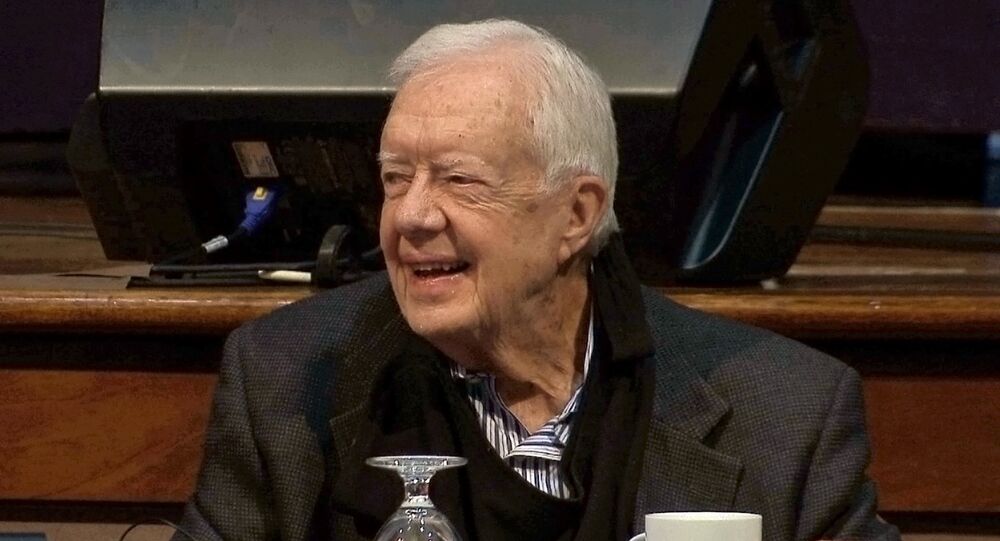 In supporting the House Speaker in a partisan basis, Carter noted, “I’m a Democrat, so I feel pretty much like the Democratic Party does".

"I’m very glad that the Speaker of the House has ordained that the investigation go forward. And then decide I guess with the whole House voting on it whether or not to proceed with the actual impeachment of the president, which is done in Congress as you know and House of Representatives".

The 39th president did express caution, however in jumping to conclusions.

"We still need to ascertain the facts from the very thorough investigation".

He added that, “the Senate I think is very unlikely to confirm and to actually remove President Trump from office but if facts reveal an increasing number of things that he has actually done, then of course impeachment is possible and removal from office is possible".

Carter also offered some advice for the current president, telling him to lay off the tweets and "tell the truth […] for a change".

With his endorsement to impeach Trump, Carter is another key Democratic Party figure to change their mind. In August, Carter opposed the move, calling it "the wrong thing for Democrats to do".

The ongoing impeachment proceedings against Trump were launched last month by House Democrats after a complaint was filed by a government whistleblower alleging an abuse of power by the president during a conversation with his Ukrainian counterpart.

The complaint led to a release by the White House of a phone call transcript between the US and Ukrainian leaders.

The president's accusers allege that during a phone call with Ukrainian President Volodymyr Zelenskiy, Trump pressured the Ukrainian leader, threatening to withdraw nearly $400 million in aid to Ukraine, into launching a corruption investigation into US presidential candidate Joe Biden and his son Hunter.

Trump has blasted the impeachment inquiry tweeting that it is "nonsense" and "witch-hunt garbage".