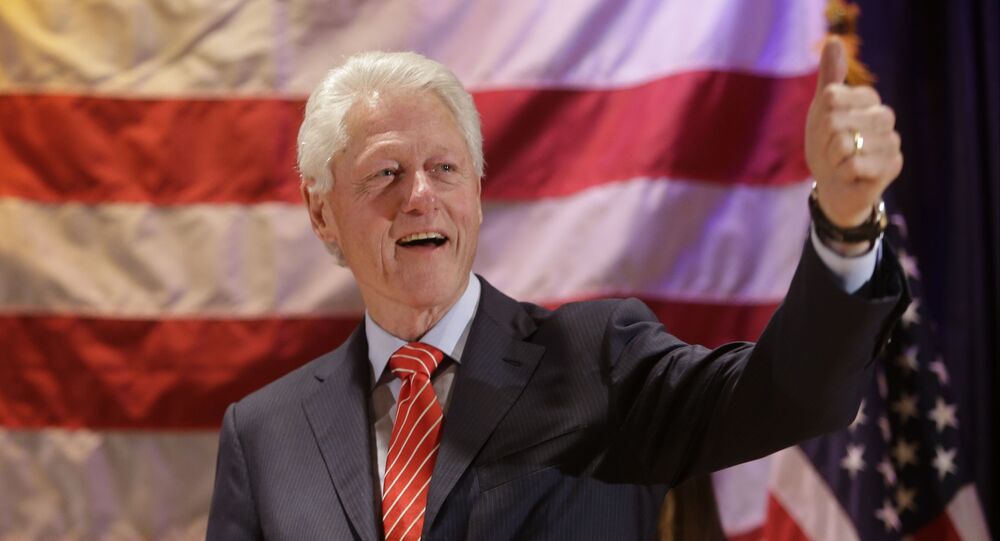 A document found after only “15 minutes” of digging revealed that US Democrats put a lot of effort into looking at the speck in Trump’s eye, while being completely oblivious about a log in their own.

While Democrats seek to impeach US President Donald Trump over a “favor” he asked of Ukrainian President Volodymyr Zelensky, it turns out a US Democratic president did this exact thing earlier in 2000, Fox News’s Tucker Carlson has claimed.

“Back in 2000, President Bill Clinton had a conversation with Tony Blair of the UK and asked him to intercede in a dispute between British Airways and two carriers. The president, at the time, was much more direct than President Trump was in his conversation,” Carson said in his Monday show.

“This is Bill Clinton, and I’m quoting: ‘In a political season, it would be big over here to get this open sore resolved. If you could have somebody take a look at it,’” Carson quoted, adding that Blair agreed to the plea.

According to Carson, it took only “15 minutes” of digging through Clinton’s phone call transcripts to unearth the episode.

“There are probably a lot more examples, and if we find them we will bring them to you,” he said. “Now, is this a big deal? Not really. Is it nakedly political? Is it an attempt to use a foreign country to influence the outcome of an election in a presidential year? Yes it is, obviously.”

The transcript in question is part of a batch of declassified documents regarding Blair which can be found in full here.

US Democrats rolled out an impeachment inquiry following allegations that Trump demanded a “favor” from Zelensky in a July phone call, tying the favor to a decision to withhold international aid earlier this year. Both Trump and Zelensky denied a connection between the two events.

Hillary Clinton Reveals 'Gutsiest' Decision She Ever Made - Video