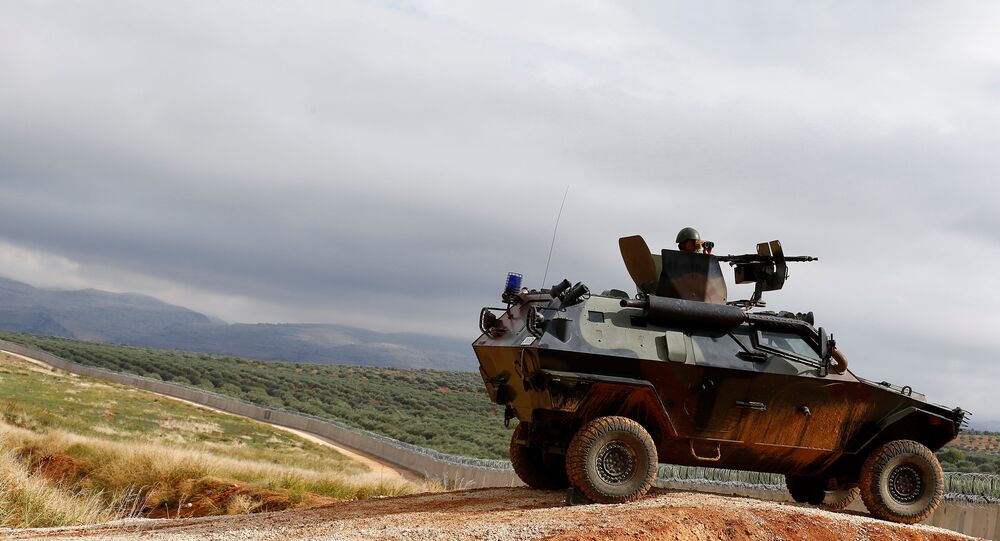 Syrian media reported earlier on Monday that Turkish jets had pounded an alleged military base of the Syrian Democratic Forces (SDF) near the city of al-Malikiya in Syria's Hasakah province. At least two bridges were reportedly destroyed at the Samalka checkpoint.

A senior US official said Monday, however, that Washington has not seen any sign of a Turkish military operation undertaken in Syria.

"The [US] President [Donald Trump] after learning of the intended Turkish operation, although we have not seen the operation taking place as of now, made it clear and rightly made it clear as Commander in Chief that our small number of troops in the relatively small 20 to 30 mile safety zone of border region in northern Syria should not be endangered [...] We have 50 to 100 special operators in the region and they should not be put at risk of injury, death or capture in the event that the Turks come to the border and engage in combat with the local Kurdish forces", the senior official said.

The Pentagon has not begun a troop withdrawal from Syria, but is only transporting some 50 servicemen across the northern part of the country, according to the official.

"A small number of 50 to 100 special operators in the region... this does not constitute a withdrawal from Syria [...] "We're talking about a small number of troops that will move to other bases within Syria. That orderly withdrawal is taking place now. Again, based on the information we have, the Turks are seriously considering or intent on a military operation in the region", the official said on Monday.

The senior official also added that the United States was not asked to remove its forces from northern Syria.

"I am not going to get into details of the call but we were not asked to remove our troops. The [US] President [Donald Trump], when he learned that the potential Turkish invasion knowing that we have 50 special operations troops in the region and in the zone of operations made a decision to protect those troops and keep them out of the crossfire between the heavily armed Kurdish forces as well as heavily armed Turkish forces", the official stressed on Monday.

The White House said on Sunday that US forces would not support the Turkish military operation and would withdraw from the area.

The United States has long backed Kurdish SDF forces in Syria as allies in the fight against the Daesh terrorist group, but Turkey considers SDF to be an extension of the outlawed Kurdistan Workers' Party (PKK). Turkey has classified the PKK as a terrorist organization.

Turkish President Recep Tayyip Erdogan announced that Ankara was planning to launch an operation in northern Syria east of the Euphrates River in the coming days.

Damascus has repeatedly called Turkey's actions in Syria illegal and urged Ankara to withdraw its troops.

US President Donald Trump tweeted earlier in the day, threatening to destroy Turkey’s economy if Ankara does anything the US president considers off-limits. Trump also said that the US had provided massive amounts of funding and equipment to the Kurds. The US president asserted that Daesh had been defeated in the region and declared that it was time for a US withdrawal from Syria.

*Daesh (IS, ISIS, ISIL, Islamic State) is a terrorist group banned in Russia and many other states.