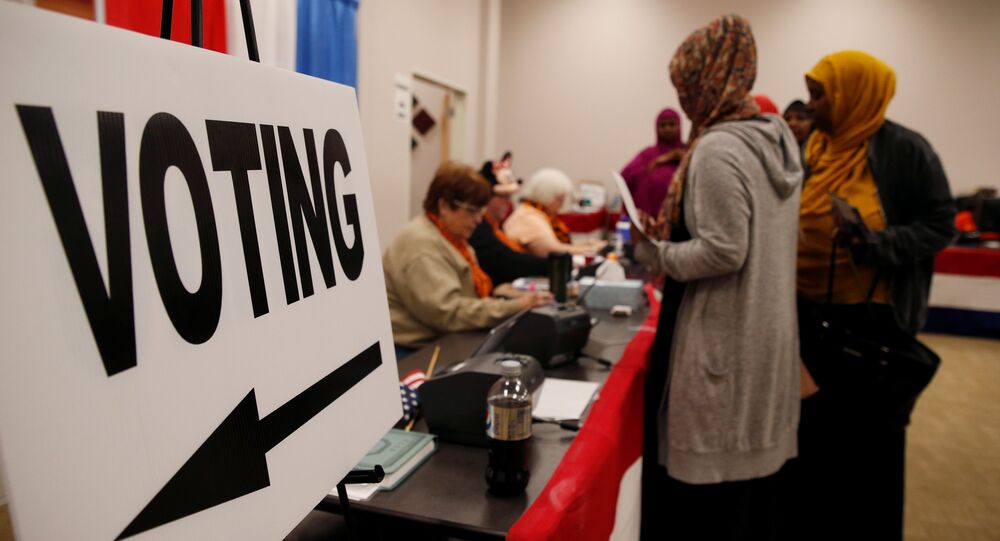 WASHINGTON (Sputnik) - Voters in the United States are leaning toward the Democratic Party by a five percentage point margin in the July-September quarter, a new Gallup poll revealed on Monday.

"The current 47 percent to 42 percent Democratic edge is largely in line with what Gallup has measured over the past five years", a press release summarizing the poll said.

However the third quarter gap expanded from three percentage points in the second quarter, the release said.

Over the past five years, Democrats have averaged a four-percentage-point advantage in party identification and leaning, the release noted.

The notable departures were a one-point Republican lead in the first quarter of 2015 after Republicans won control of the US Senate in the 2014 midterm elections, and eight-point Democratic advantages in late 2018 and early 2019, according to the release.

In its surveys, Gallup asks US adults whether they identify politically as Republicans, Democrats or independents.

Those who say they are independent are then asked whether they lean more to the Democratic or Republican Party, the release said.

A Rasmussen poll revealed earlier in October that more likely US voters were angry with the media than President Donald Trump or his opponents in Congress. 61 percent of those polled are angry at the media, 53 percent at the president and 49 percent with Trump’s political opponents.