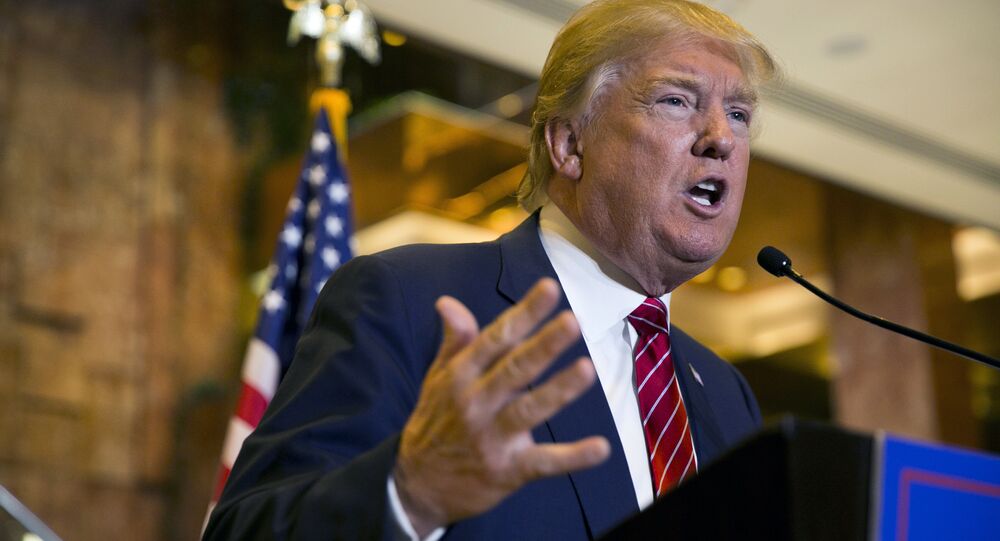 The state prosecutors previously subpoenaed the US president's accounting firm for his personal and corporate tax returns in order to investigate the Stormy Daniels hush-money case.

The US Appeals Court has granted a temporary stay of decision to President Trump, allowing for the enforcement of the tax return subpoena, Reuters reported, citing a court order.

Earlier, US President Donald Trump's lawyers filed an appeal contesting the ruling of a US federal judge that issued a subpoena for the president's tax returns. The lawyers submitted the appeal to the 2nd US Circuit Court of Appeals.

This comes as US District Judge Victor Marrero rejected a request by US President Donald Trump on Monday and ruled that he must turn in eight years of his tax returns to Manhattan District Attorney Cyrus Vance.

"As the court reads it, presidential immunity would stretch to cover every phase of criminal proceedings, including investigations, grand jury proceedings and subpoenas, indictment, prosecution, arrest, trial, conviction, and incarceration", Marrero wrote. "That constitutional protection presumably would encompass any conduct, at any time, in any forum, whether federal or state, and whether the President acted alone or in concert with other individuals".

The judge noted that Trump's claim of broad immunity is "extraordinary", adding that the "limitless assertion of presidential immunity from judicial process" can't be accepted.

Writing on Twitter, President Trump has condemned the request for his tax returns for eight years.

The officials previously requested the documents from Trump's accounting firm Mazars USA in order to find out whether the Trump Organisation had paid women claiming to have had affairs with the president for their silence. Federal prosecutors previously investigated Trump's former personal lawyer, Michael Cohen, who was later sentenced to three years in prison for lying to Congress, fraud, tax evasion, and making unlawful campaign contributions

Trump's lawyers have repeatedly stated that the probe is politically motivated, noting that the request for the tax returns should be blocked, as the president has legal immunity during his term in office.

The House Intelligence, Finance, and other committees have all requested financial records from the president for different periods of time. However, the prosecutors’ latest request seeks documents accounting for the previous eight years, going back to 2011.

Dan Kovalik, a lawyer and author of "The Plot to Scapegoat Russia" suggested that it was the Stormy Daniels payment scandal that would bring down Trump, which could "constitute true election meddling".

“I have always believed that it is the Stormy Daniels payment scandal which could bring down Trump. Contrary to the Russiagate controversy which never had any real substance, if Trump paid to keep Daniels quiet about their sexual relations during the 2016 election campaign, that would constitute true election meddling which Trump could be tried for. If the tax records expose such payments, I think Trump is in real trouble. I think Trump will have to turn over the documents or face criminal contempt sanctions. And, if the documents prove he made hush payments to Daniels during the campaign, this could be grounds for impeachment".