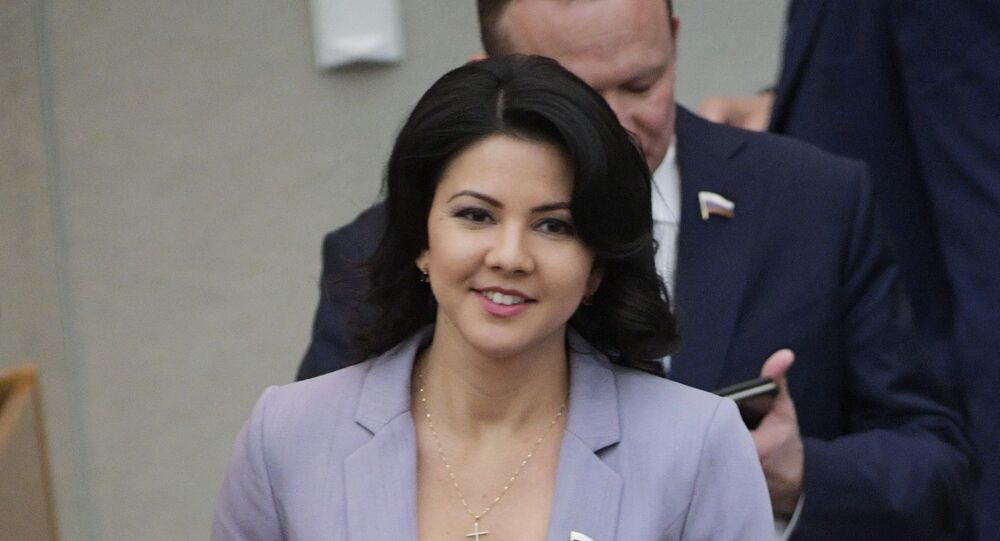 SAN FRANCISCO (Sputnik) - Russian parliament member Inga Yumasheva, who was questioned by the FBI in New York ahead of her participation in the Fort Ross Dialogue forum, will be accompanied by Russian diplomats during her plane transfer in New York, on the way back to Moscow, Russian Ambassador to the United States Anatoly Antonov said.

On Sunday, Antonov announced that Yumasheva had been detained at the airport in New York, and an FBI officer asked her "obscure and unacceptable questions" for an hour, and then offered to continue the conversation in an "informal setting."

"We have asked our Consulate General (in New York) to accompany Inga [Yumasheva] during her transfer from the San Francisco - New York domestic flight to the international New York – Moscow flight. We hope that everything goes well," Antonov said on Sunday on the margins of the Fort Ross forum.

Earlier on Sunday, the Russian Foreign Ministry expressed strong protest to the United States in connection with the questioning of Yumasheva, who is a member of the Committee on International Affairs of the State Duma (lower house of the Russian parliament).

© Sputnik / Vladimir Fedorenko
"FBI officer, who introduced himself, started to question her, for an hour … Moreover, she was offered to meet with the FBI officer in a different, informal setting and to continue the conversation," Russian Ambassador to the United States said on Saturday.

The Russian Embassy has sent a note of protest to the US State Department over the incident.