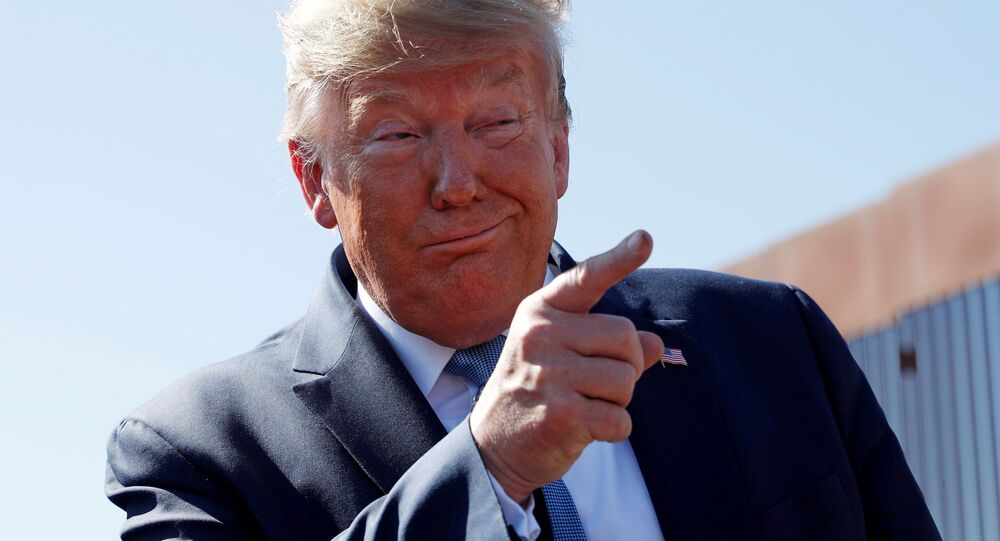 US President Donald Trump on Wednesday denied a blistering report from The New York Times alleging that he proposed adding an alligator and snake-filled moat to the design of the US border wall.

The US President slammed the mainstream media over the reports that he wanted a medieval-like moat filled with alligators and make the border wall electrified with flesh-tearing spikes, calling them crazy.

Now the press is trying to sell the fact that I wanted a Moat stuffed with alligators and snakes, with an electrified fence and sharp spikes on top, at our Southern Border. I may be tough on Border Security, but not that tough. The press has gone Crazy. Fake News!

Earlier during an Oval Office appearance with President Sauli Niinisto of Finland Trump slammed the reports. But he attributed the article to reporters from The Washington Post rather than The Times. “It’s written by Washington Post people, so you know it’s inaccurate,” he said. “You know it’s probably a fraud.”

The article, however, appeared in the New York Times and was excerpted from a forthcoming book, “Border Wars: Inside Trump’s Assault on Immigration.” The Washington Post had no role in either the article or the book.

The Times article also reported that Trump “wanted the wall electrified, with spikes on top that could pierce human flesh.” But the president singled out for scorn the idea that he “wanted sharp spikes at the top” of border fencing, so that “it goes piercing through their skin,” saying that he “never thought of it” even though back in December 2018 he tweeted a picture of a proposed wall that he called “effective while at the same time beautiful” and which clearly had spikes on it.

A design of our Steel Slat Barrier which is totally effective while at the same time beautiful! pic.twitter.com/sGltXh0cu9