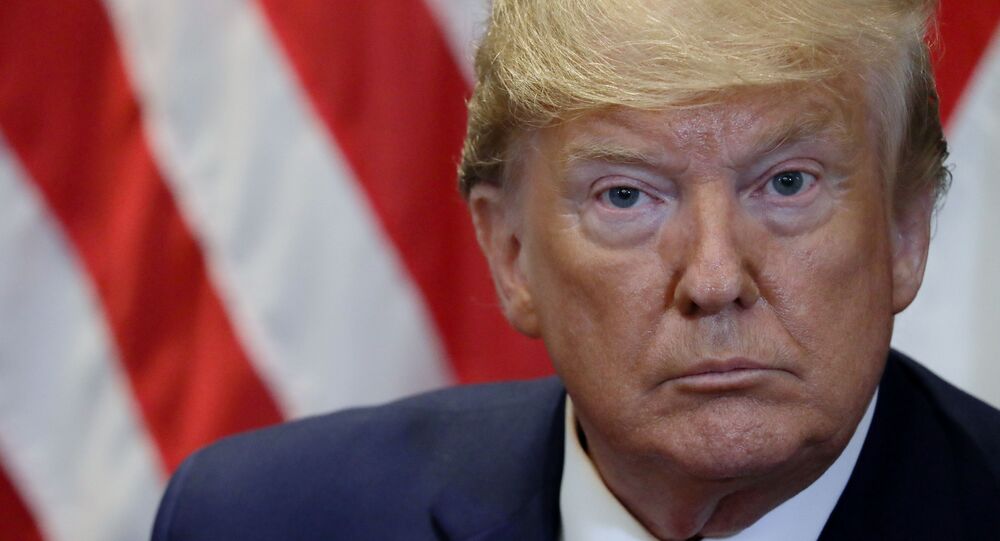 President Trump on Tuesday slammed the Democrats' impeachment inquiry, claiming the process resembled a "coup" against him as elected president and US citizens’ constitutional rights.

The president wrote that the investigation into his alleged abuse of power is "intended to take away the Power of the People, their VOTE, their Freedoms, their Second Amendment, Religion, Military, Border Wall, and their God-given rights as a Citizen of The United States of America!" calling the whole process a “coup.”

Trump's tweet on Tuesday echoed the president’s words during former special counsel Robert Mueller's investigation into Russian interference in the 2016 election. Trump regularly decried the probe as a "witch hunt" and referred to it earlier this year as "a coup," likening it to something that would happen in a "third world country." Mueller's report did not establish that Trump conspired with Russia, while leaving it up to Congress to decide whether he obstructed justice.

House Democrats’ impeachment proceedings against Trump come after the contents of the July 25 call between Trump and Ukrainian President Volodymyr Zelensky have upended US politics, especially following the revelation that a hushed-up whistleblower complaint from an administration insider concerned their talk. In the call, the transcript of which was made public last week, Trump asked Zelensky to open an investigation in connection with the elder Biden's pressing Kiev to end a 2016 corruption investigation of a company on whose board Biden’s son, Hunter Biden, sat. Trump then blocked the director of national intelligence from releasing a whistleblower complaint about the call to the House Intelligence Committee, prompting the inquiry announced by House Speaker Nancy Pelosi.