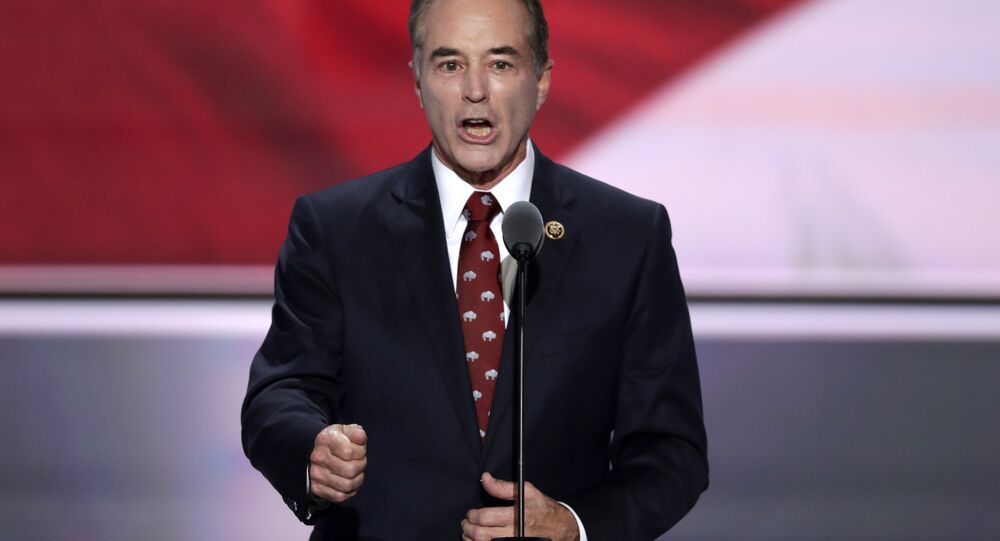 Former Republican Representative Chris Collins, 69, pleaded guilty Tuesday to charges of making false statements and conspiracy to conduct securities fraud during his tenure at the US House of Representatives.

Collins had previously referred to the allegations against him as “a partisan witch hunt.”

Collins is a former board member of Innate Immunotherapeutics Limited, an Australian biopharmaceutical company. In August 2018, Collins was accused by federal prosecutors of telling his son, Cameron Collins, in 2017 that the company had conducted a failed drug trial before that information was released to the public. Cameron Collins and Stephen Zarsky, the father of his fiancee, had shares in the biopharmaceutical company. After learning that the failed drug trial would severely damage the company's value, Cameron Collins and Zarsky quickly sold their shares, avoiding about $800,000 in losses.

“I was in a very emotional state. I called my son Cameron,” Collins told the judge Monday. “I made it clear … that the trial had not succeeded.” The New York Daily News also reported that Collins said he was "embarrassed and dismayed" by his actions, which "are anything but what a model citizen would take."

​Following Collins' guilty plea, Geoffrey Berman, US attorney for the Southern District of New York, told reporters outside the New York courthouse, “By virtue of his position, Collins helped write the laws of this country and acted as if the law didn’t apply to him."

“Collins is now a convicted felon and no longer a member of Congress,” Berman added.

​Collins pleaded guilty in a Manhattan federal court one day after resigning from Congress. He had served as US representative for New York's 27th congressional district since 2013.

Last year, Collins rebuffed the insider trading allegations against him, saying, "I acted properly and within the law at all times" and that he looks "forward to being fully vindicated."

Collins' sentencing is scheduled for January 17, 2020. Cameron Collins and Zarsky are also expected to appear in court Thursday for change-of-plea hearings.