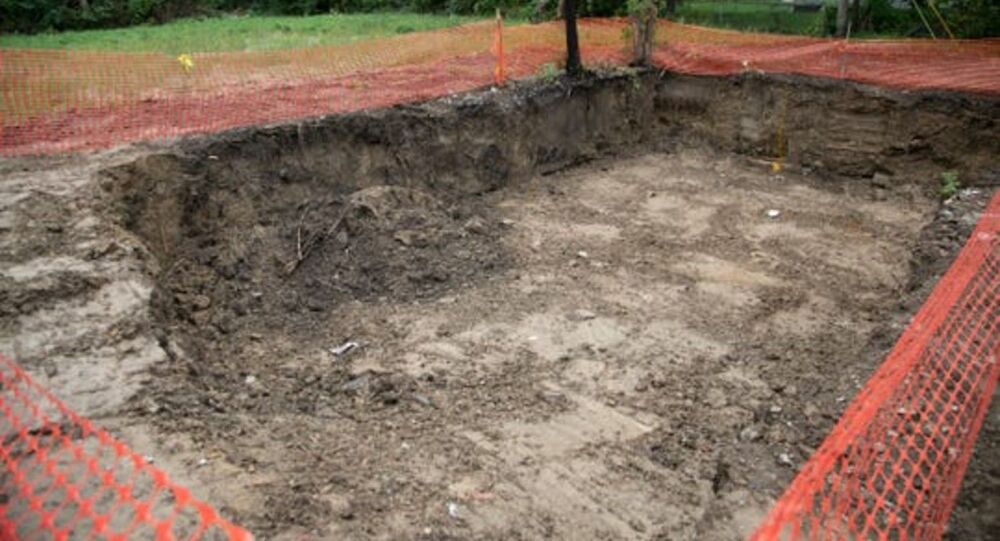 ‘How Could This Happen?’: Police Investigate Demolition of US Lawmaker’s Home

Democratic Michigan State Representative Sherry Gay-Dagnogo is still seeking answers from Detroit officials weeks following the unauthorized demolition and unexpected excavation of her property that was previously scheduled for renovation.

Gay-Dagnogo, a staunch critic of the city of Detroit’s demolition program, recently found herself on the receiving end of a tear-down that she says was clearly done by professionals, but officials say was not ordered by the local government.

"There's no record at all at the city, from what they can find so far, that has anything about my house being torn down. They have no idea. It's a mystery. I'm just taken aback and trying to process this. How could this happen?" she told the Detroit Free Press (Freep) in an interview on Friday. "It’s clean. It was a professional company. It has an orange barricade around the big hole in the ground."

Even though it has been over two weeks since the Detroit demolition, Detroit Building Authority Director Tyrone Clifton said that the agency has no idea who carried out the demolition of the 14567 Minock Street home.

Clifton, in a statement to the Freep, claimed that the demolition and subsequent excavation at Gay-Dagnogo’s property "was not ordered, directed or funded by the city,” but the city building authority is “actively investigating to see if we can help determine who was responsible."

Tonight @DetroitEducator Rep. Sherry Gay-Dagnogo is looking for answers after a home she purchased on the Detroits West Side was demolished. No one knows why. All that’s left is a big hole and a whole lot of questions. pic.twitter.com/YP0NGMhkgQ

Adamo Construction, a prominent contractor in the Detroit demolition program, was suspended last year for mistakenly tearing down a home on 5792 Holcomb Avenue that was not scheduled or placed under contract for demolition, according to WXYZ Detroit.

However, Adamo Construction, which first contacted the city in 2018 following its unauthorized demolition, issued a statement via attorney Christian Hauser that said it had learned from its previous mistakes.

"Adamo had absolutely nothing to do with the demolition of the structure at 14567 Minock,” Hauser told the Freep. Suspicions of Adamo Construction carrying out another accidental demolition initially grew due to their July 17 tear-down of a neighboring house at 14561 Minock Street.

"My client indicated they would never go back and knock down another house like that just randomly,” Hauser claimed.

The city’s demolition program has been critcized by Gay-Dagnogo for the past several months and was even the subject of a highly public federal probe that resulted in the conviction of former Adamo Construction employees Anthony Daguanno and Aradondo Haskins for accepting kickbacks and bribes. Haskins had left his Adamo job and secured a role with the Detroit Building Authority by the time his criminal conduct was revealed.

Gay-Dagnogo’s most recent critique of the city’s program relates to Detroit Mayor Mike Duggan’s request for some $250 million in additional funding and the removal of 3,000 more homes in the demolition project.

"And I have my concerns about the number of minority companies who have access to the program. But that was all based on what I've read and understanding what has happened to other people and just the dysfunction,” she told the Freep. “But now? It further substantiates how I feel about the program and takes it to a whole new level."

Gay-Dagnogo told the Freep that Duggan assured her he "was going to investigate and get to the bottom of” her home’s demolition.

According to the Michigan legislator, the house, originally purchased for $1,000 through her nonprofit group Coalition to Integrate Technology and Education, was expected to undergo rehab before potentially being donated to a family in need around the December holiday season.

"I just want to know what lies underneath," Gay-Dagnogo told the Freep. "I'm very disappointed. What if this happened to a citizen who doesn't have the reach to have these conversations? What kind of hoops would they be put through to try and bring some resolution to them losing their home?"