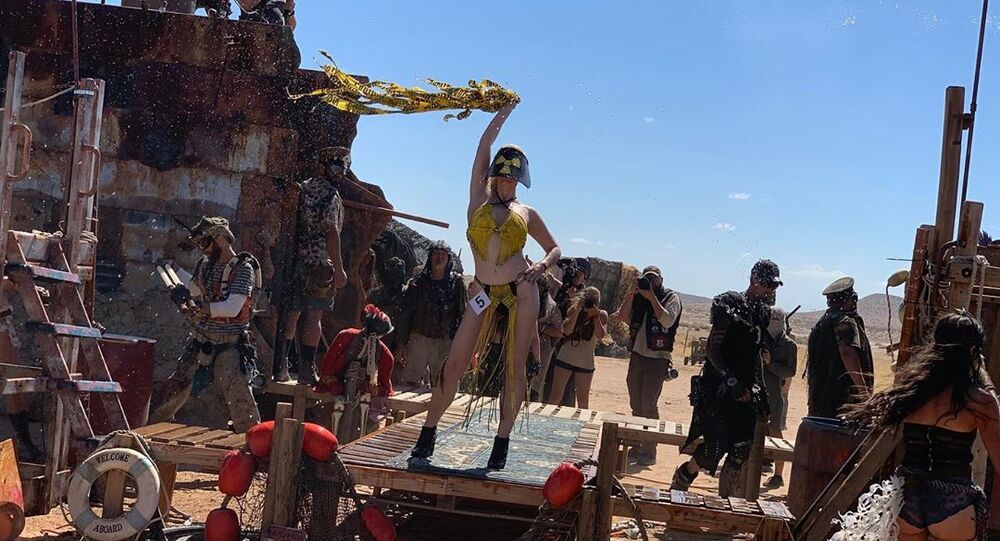 The activities provided by the festival’s organizers to the attendees ranged from fire and live band performances to combat exhibitions and Thunderdome arena matches.

About 4,000 people flocked to Mojave Desert last weekend to participate in the annual festival known as “Wasteland Weekend” which allows revelers to briefly immerse themselves into the post-apocalyptic world inspired by the Mad Max film series.

According to the Daily Star, the event was located in the vicinity of a defunct Cold War-era nuclear site.

​Being a full-immersion event, the festival required all attendees to dress the part, as people surviving in the dystopian future, and barter for goods using themed bottle caps.

I thoroughly enjoyed my time at Wasteland Weekend! I can’t wait to go back next year. pic.twitter.com/1WXNEeSMTI

​The revelers were provided with an opportunity to engage in “post-apocalyptic” activities such as riding Mad Max-style vehicles or battle each other in an arena styled after the Thunderdome, using replica weapons and padded paddles.

“We have a broad demographic in terms of ages, backgrounds and interests. People are drawn to the event for many different reasons and we didn’t want to set the barrier to entry so high that they couldn’t attend”, one of the festival’s founders, Jared Butler, said. “If they only want a little bit of immersive, they can stay in the camp area. For the fully immersive experience there is still the city behind the gates…”

He also remarked that “it’s not about making everything look great, it’s about the experience we can give to the attendee.”

“When you’re out there and everything looks different, you do get this sense of escape, that’s one of the things people gravitate to about the event,” Butler explained.