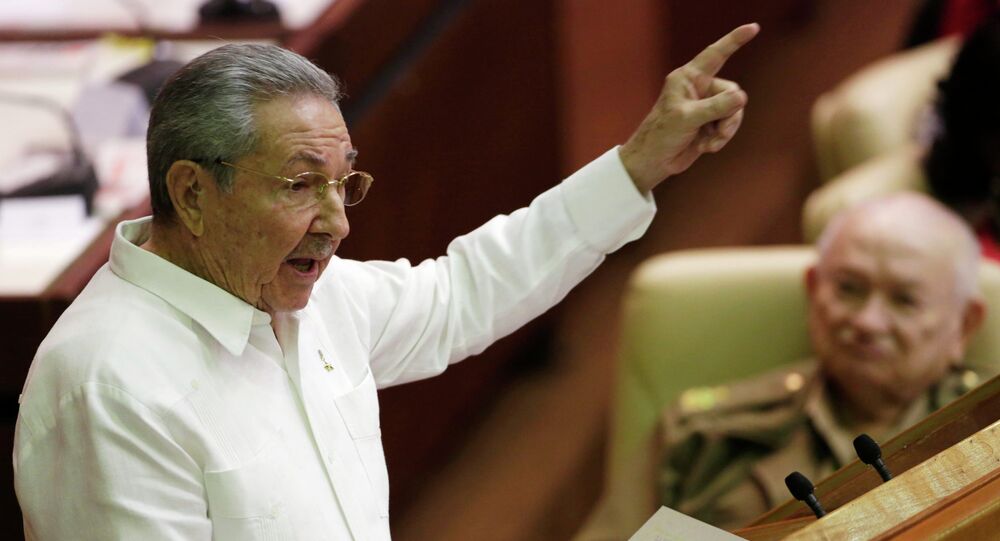 On Friday, Venezuelan Foreign Minister Jorge Arreaza criticized US sanctions on former Cuban leader Raul Castro, who is now serving as the first secretary of the Central Committee of the Communist Party of Cuba.

"Absolutely useless - he [Castro] doesn’t want to come to the US, and neither does his family," Arreaza told Sputnik Friday, before noting that another location for the United Nations should be considered since the US as its host puts "a lot of restriction for the sovereign countries that belong to this institution, this organization."

"As First Secretary of the Cuban Communist Party, Raul Castro oversees a system that arbitrarily detains thousands of Cubans and currently holds more than 100 political prisoners.  As First Secretary of Cuba’s Armed Forces, Castro is responsible for Cuba’s actions to prop up the former Maduro regime in Venezuela through violence, intimidation, and repression," the statement adds.

The sanctions may refer to an incident that occurred on February 24, 1996, when the Cuban Air Force shot down two aircraft, killing three US citizens and one legal resident, Sputnik reported.

Following the victory of Cuban revolutionaries over the US-backed government in 1959, Washington severed diplomatic ties with Cuba and imposed a trade embargo on the country. In 2014, Washington and Havana expressed their intention to start working on normalizing bilateral relations. As a result, many restrictions on exchanges between the United States and Cuba were eased under former US president Barack Obama, Sputnik reported.