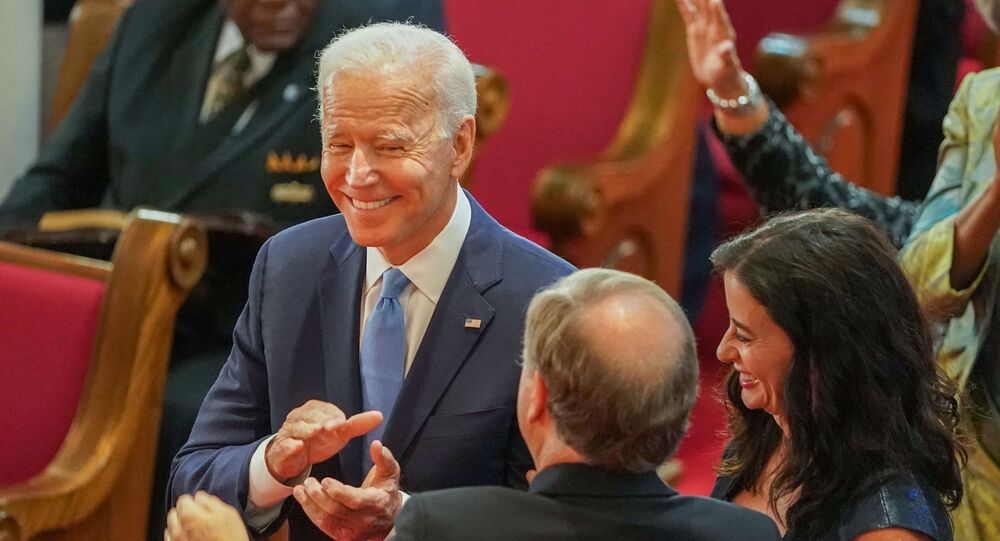 Joe Biden has claimed that his 2016 call for Ukraine’s prosecutor general to be fired had nothing to do with the latter’s probe of a gas firm, where the former VP’s son Hunter was employed, but rather the Ukrainian’s alleged corruption. However, a string of documents, including a court affidavit seen by The Hill, appear to imply otherwise.

According to The Hill’s John Solomon, a bunch of documents, many from the American legal team that assisted a Ukrainian natural gas company, Burisma Holdings, in dealing with law-related issues, raises the “troubling prospect” that US officials could have “painted a false picture in Ukraine” that essentially “eased Burisma’s legal troubles and stopped prosecutors’ plans to interview” Joe Biden’s son Hunter over corruption allegations during the 2016 vote.

The former US vice president insists that in spring 2016, he demanded that Ukraine fire its chief prosecutor, Viktor Shokin, for one  reason: because Biden believed that the official was inept and corrupt, not because he was looking into Burisma Holdings, which granted Biden’s son Hunter a lucrative position on the board. However, hundreds of pages of never-released memos and files obtained by Solomon appear to contradict Joe Biden’s narrative.

For instance, according to one cited official memo, Burisma’s US legal representatives met with Ukrainian authorities just days after Biden forced Shokin to be sacked and offered “an apology for dissemination of false information by US representatives and public figures” about the Ukrainian prosecutor. The memo, along with the legal team’s internal emails cited by Solomon, proceeded to note that Burisma’s American team had proposed introducing Ukrainian prosecutors to Obama administration employees for them to make amends.

Among the “troubling” questions mentioned by The Hill’s journalist is whether the Ukrainian prosecutor’s firing was indeed due to corruption and, if so, why the American legal team referred to this as “dissemination” of falsehoods. Others include Burisma’s US lawyers’ active position and decisive line of action when the prosecutor was finally replaced.

Biden ended up in the public crosshairs back in December 2015, when The New York Times reported that Burisma had hired Hunter Biden for just a short stint after the former vice president was asked by President Obama to oversee US-Ukraine ties at the time. Separately, the article alerted Biden’s office to Viktor Shokin’s ongoing probe into Burisma and its founder.

Solomon remarked at this point that the newly obtained documents “detail an effort to change the narrative” after the NYT story about Hunter Biden was published. Two days after the article, Hunter Biden’s American business partner in Burisma, Devon Archer, reportedly texted a colleague asking about a means to counter the “new wave of scrutiny”, stating that he and Hunter Biden had just met for talks at the State Department.

The text reported by Solomon suggested that there was about to be a new “USAID project the embassy is announcing with us” and that it was “perfect for us to move forward now with momentum”. The journalist said he had sued the State Department for any records related to the meeting, especially in light of the crucial ethical question it raises – if Hunter Biden and his team sought the State Department’s assistance while his father held his key White House post during Obama’s presidency.

Solomon mentioned a new wave of controversy that popped up earlier this year after he disclosed that Joe Biden admitted during a 2018 recorded speech that as vice president, in March 2016, he threatened to cancel $1 billion in loans to Ukraine unless the country’s then-President Petro Poroshenko showed Shokin the door.

The investigative journalist was left without any doubt about Shokin’s office looking into Burisma after personally speaking to the former general prosecutor. Solomon cited Shokin as saying that he had been making plans to question Hunter Biden about $3 million in fees that he and his partner, Archer, had allegedly collected from Burisma through their US subsidiary. Separately, he cited documents seized by the FBI in an unrelated case confirming the payments, allegedly amounting to over $166,000.

Making a separate point, Solomon busted media reports stating that when Biden in 2016 forced the sacking of the prosecutor, there were no open investigations. According to the journo, a UK-based investigation of Burisma’s owner was indeed closed down in early 2015 due to the deadline for documents to be submitted not being met, but in March 2016, at least two inquiries were open – one reportedly involved taxes, while the other centred on corruption allegations.

There is perhaps even more direct evidence of a close connection between Biden’s calls for the prosecutor to be fired and the Burisma investigation: per Solomon, in a newly sworn affidavit prepared for a EU court, Shokin testified that when being sacked, he was told the reason was that Biden was unhappy about the Burisma probe.

“The truth is that I was forced out because I was leading a wide-ranging corruption probe into Burisma Holdings, a natural gas firm active in Ukraine and Joe Biden’s son, Hunter Biden, was a member of the Board of Directors”, Shokin reportedly testified, adding that he refused to close the Burisma investigation despite Poroshenko “asking me” several times “to consider the possibility of winding down the investigative actions in respect of this company”.

US Legal Team in Concert with Ukraine's Burisma?

Although Shokin apparently “has reason to hold a grudge” in light of the loss of the job, his account is said to be supported by documents from Burisma’s legal team in the US, which appeared “to be moving into Ukraine with intensity as Biden’s effort to fire Shokin picked up steam”, Solomon concluded, going on to cite Burisma’s own accounting records. The latter, he says, show that the gas company had paid tens of thousands of dollars while Hunter Biden served on the board of an American lobbying and public relations firm, Blue Star Strategies, managed by Sally Painter and Karen Tramontano, both of whom served in President Bill Clinton’s administration.

Joe Biden’s Ukraine story has seen increased scrutiny over the past week, since a whistle-blower launched a complaint about a phone call between Donald Trump and Ukrainian President Volodymyr Zelensky, during which POTUS requested a probe into Joe Biden, the Democratic frontrunner in the upcoming presidential polls, as well as his and his son’s business dealings in Ukraine in 2016. The infuriated Democratic camp deemed the move as a possible unconstitutional abuse of power, with House Speaker Nancy Pelosi shortly launching an impeachment inquiry billed by President Trump as a fresh twist of “witch hunt garbage”. The Ukrainian president, meanwhile, noted that there was no pressure exerted on him during the July phone call, which came as a casual, “normal” happening in the countries’ bilateral communication.