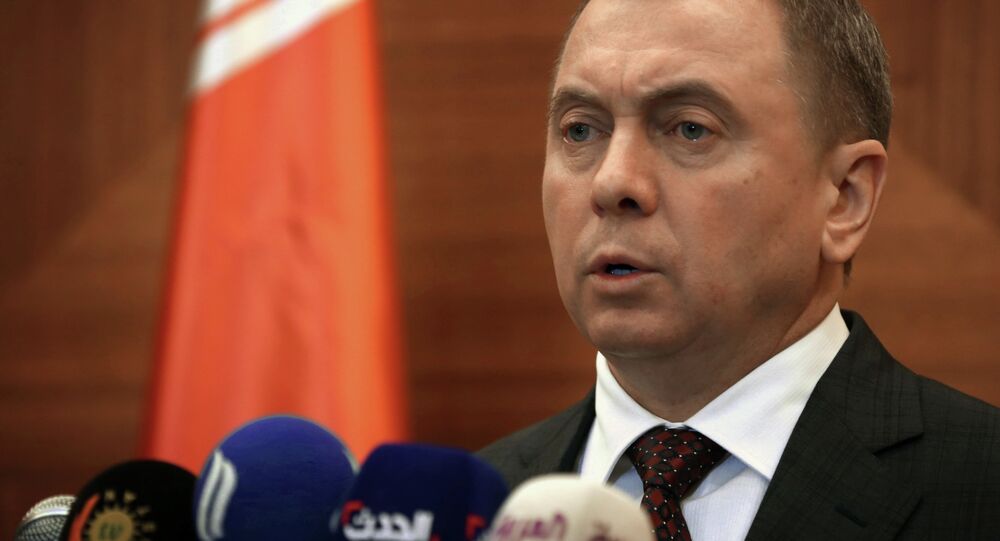 On the sidelines of the annual United Nations General Assembly, Belarusian Foreign Minister Vladimir Makei on Thursday called on the global community to sign a declaration on a complete ban of the deployment and production of medium- and long-range missiles.

Makei pointed out that in August, the Russian-US Intermediate-Range Nuclear Forces Treaty (INF) collapsed, prompting the emergence of a threat that the missiles could again be deployed in various regions including Europe. Belarus called for actions to preserve what the treaty accomplished in Europe, according to the top diplomat.

"The head of the Belarusian state [Alexander Lukashenko] announced the initiative to draft a declaration by responsible countries about the non-deployment of medium- and short-range missiles in Europe. Our country proposes that work on the draft of this declaration be immediately begun. We call on states on both sides of the Atlantic, which care about the fate of the humankind, to support us in this endeavor", Makei told the UN General Assembly on Thursday.

The United Nations and the Organization for Security and Co-operation in Europe could provide suitable platforms for this work, Makei added.

"The key element of this document, we believe, is a clear and solid commitment of the countries on the non-deployment of medium- and short-range missiles on their territory and [a] refusal to produce them", Makei noted.

The INF, signed by the United States and the former Soviet Union in 1987, was terminated on August 2 at the United States' initiative after the administration of US President Donald Trump formally suspended INF obligations six months earlier.

Both countries repeatedly accused each other of violating the deal, which banned ground-launched ballistic and cruise missiles with ranges of 500 to 5,500 kilometers (310 to 3,417 miles).

Earlier, the Kommersant newspaper reported, citing sources, that Russian President Vladimir Putin sent a proposal to leaders of several countries, including NATO members, to introduce a moratorium on the deployment of INF Treaty-covered missiles in Europe and other regions.

NATO later confirmed that it received the letter.

Shortly after the termination of the INF treaty, Washington on 18 August launched a conventional ground-based cruise missile that flew over 500 kilometers (310 miles), a range banned under the treaty.

Secretary of Defence Mark Esper said that the test launch sought to ascertain whether the US had the capability to deter China’s "bad behavior".

Moscow has assessed Washington's move as a serious risk to global security.