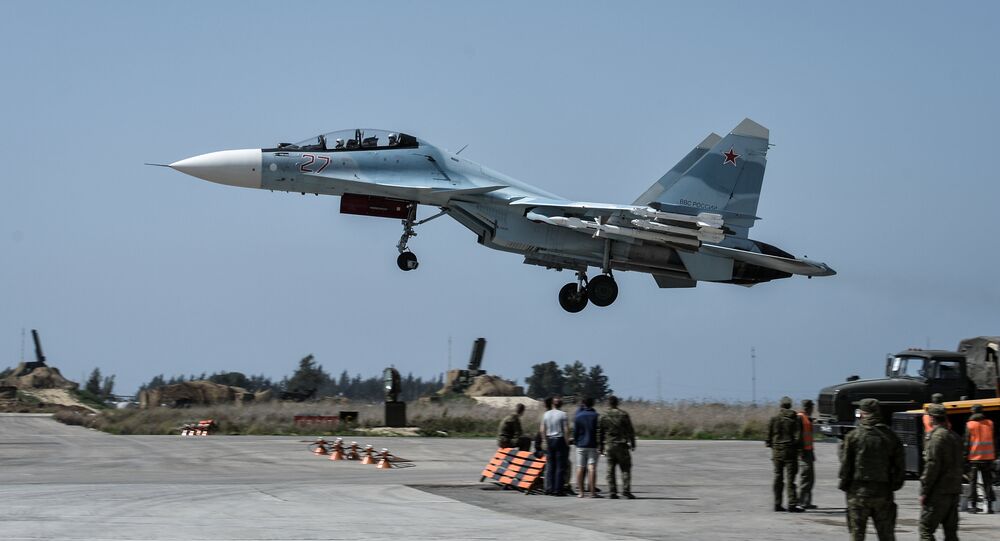 The United States earlier designated a Russian-based maritime firm, three Sovfracht directors and five vessels for an alleged scheme to evade sanctions to facilitate the delivery of jet fuel to Russian forces in Syria.

The Russian Foreign Ministry on Friday slammed newly-imposed US sanctions as "blatant support for terrorism", stressing that Washington has topped its 'own recklessness" by introducing new restrictions.

"The [round of] sanctions that the United States introduced on September 26 against several Russian nationals, several vessels and one entity, has become the 75th since 2011 when Washington abandoned its policy to ‘reset’ bilateral relations and began destroying them. Since then, the US initiators of the sanctions policy against Russia have not achieved any result. This time, they probably excelled their own recklessness", the ministry said in a statement.

The Russian Foreign Ministry noted that Moscow had repeatedly detailed Washington’s policies of "patronizing" terrorists from the Hayat Tahrir al-Sham, formerly known as the Nusra Front, providing them with means and protection, despite that the group is a "direct successor" to the al Qaeda terror group.

"The United States has exposed its open support for terrorism. For Russia, the sanctions are nothing new. Fighting terrorists in Syria will continue despite the United States patronizing them and illegally occupying a part of this sovereign country’s territory, hampering the settlement of the Syrian conflict. We decisively condemn the cynicism and unscrupulousness of Washington’s policies", the foreign ministry stated.

The US Undersecretary for Terrorism and Financial Intelligence, Sigal Mandelker, said in the release that the United States is determined to cut off support to the Syrian government.

In June, the Russian Foreign Ministry accused the administration of US President Donald Trump of supporting terrorism by indicting Sovfracht for providing fuel to Russian forces in Syria.

Earlier in September, Russian President Vladimir Putin said Russia will continue supporting the Syrian army to stem the terrorist threat in the country.

Idlib, Putin said, is controlled by radical groups affiliated with the al-Qaeda terrorist organization, and Russia - together with Turkey and Iran - are determined to put an end to the tense situation.

The civil war in Syria has been ongoing since 2011, between various opposition groups and terrorist organizations trying to topple the government of President Bashar Assad.

*al-Qaeda,Hayat Tahrir al-Sham, Nusra Front are terrorist organizations banned in Russia and many other countries.