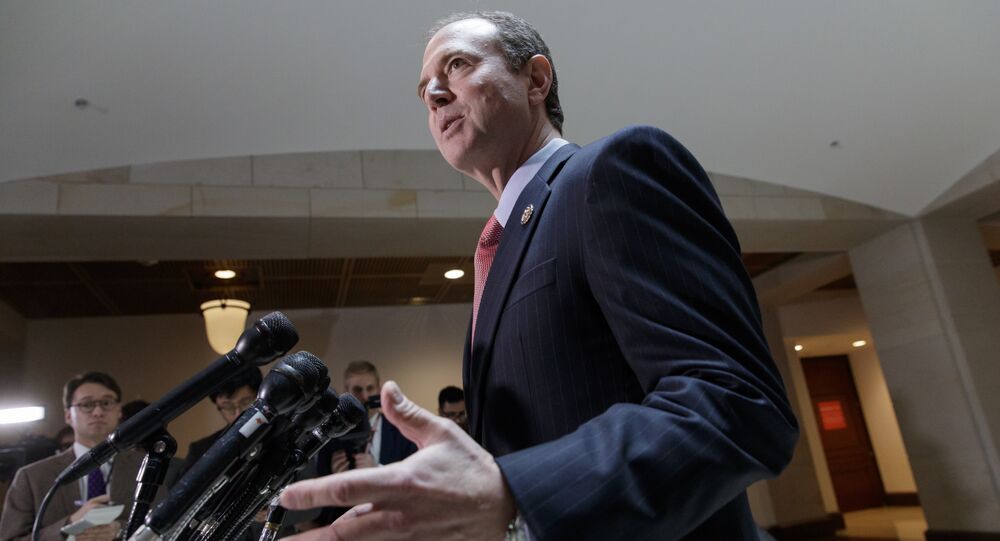 The ongoing political scandal around a July phone call between US President Donald Trump and Ukrainian President Volodymyr Zelensky emerged last week after a whistleblower shared the story of Trump’s alleged pressure on Zelensky to investigate activities of former Vice President Joe Biden's son in Ukraine.

"I found the allegations deeply disturbing. I also found them very credible [...] I want to thank the whistleblower for coming forward. I think what this courageous individual has done has exposed serious wrongdoing", Schiff told reporters on Wednesday.

The House of Representatives Republican member of the Intelligence Committee, Michael Conway, said Wednesday, however, that the whistleblower's information provides nothing that could bother him, adding that the complaint will not compromise Trump if it is fully declassified.

On Tuesday, the Democrat-controlled House of Representatives launched its long-awaited impeachment inquiry over allegations that Trump, in an attempt to boost his 2020 re-election bid, pressed Zelensky to probe business activities of Biden's son in Ukraine in the July phone talk. House Dems also allege that Trump threatened to withhold military aid to Ukraine unless Zelensky did him the favor.

The transcript revealed that the US president did ask Zelensky to work with his personal lawyer and the US attorney general to "look into" the case of Joe Biden, who "went around bragging that he stopped the prosecution" into his son’s possible corruption in Ukraine.

Zelensky, in turn, assured Trump that Ukraine's next prosecutor general would be "100 percent my person" and would look into the Biden case. The transcript did not contain signs that the US president overtly threatened to withhold financial assistance to Ukraine.

Trump said Wednesday that he applied no pressure on the Ukrainian president. Zelensky told reporters on the same day at a joint news conference with Trump that he did not feel any pressure during the July phone conversation with his US counterpart.

Trump earlier slammed the investigation into his telephone call with Zelensky as a "political witch hunt".