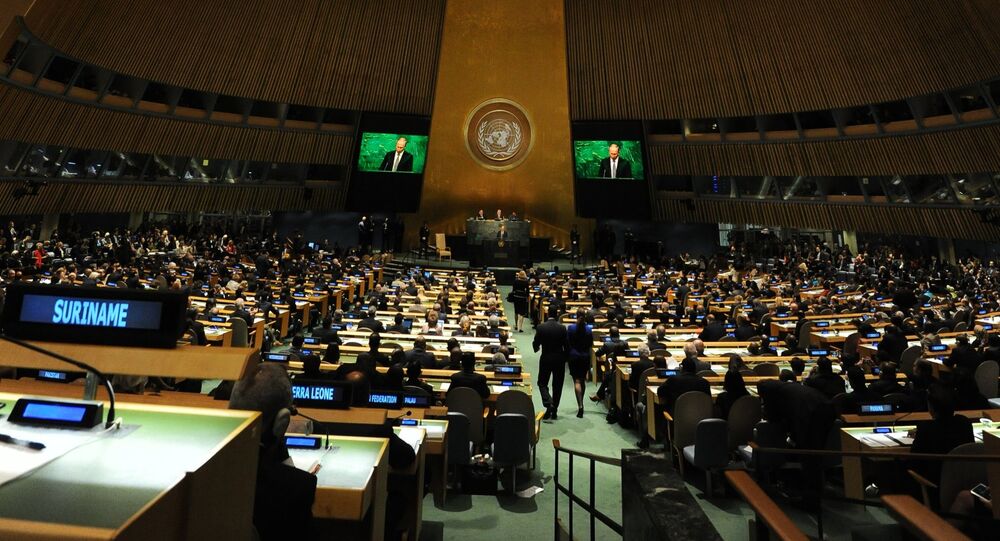 Russian foreign minister Sergey Lavrov was outraged when the US failed to issue visas to members of his staff visiting the UN headquarters.

The details of Donald Trump’s Tuesday speech at the 74th UN General Assembly meeting had barely made it into the newspapers, when they were quickly replaced on Wednesday morning with something, which might very well turn into a “Ukrainegate”.

Democrats in the US Congress want Trump out of the White House for urging Ukrainian president Vladimir Zelensky to probe Joe Biden and his son Hunter. CNN and the US newspapers are having a field day with this new “Ukrainegate”. pic.twitter.com/OUzjQlRs3S

Trump's contacts with the Ukrainian leader are set to result in renewed conflict with the Democrats and the mainstream media.

Meanwhile, Russian foreign minister Sergey Lavrov, who is also in New York this week, had a brief exchange of words with Ukrainian President Vladimir Zelensky on the sidelines of the UN. Although Lavrov refused to call the exchange “negotiations”, he admitted that the conflict in the Donbass was discussed, and he shared some details with journalists.

Russian FM Sergei Lavrov commented on the results of talks with Ukrainian President Vladimir Zelensky on the sidelines of the UN General Assembly: "Both sides expressed interest in resolving the situation in Donbas in accordance with the Minsk agreements."#UNGA #UNGA2019 https://t.co/8A5LmNZdFG

​All members of Sergey Lavrov’s press pool were able to attend the 74th UN General Assembly in New York, unlike 12 members of the Russian delegation, who did not get their US visas in time.

No reasonable/honest explanation from the US authorities on why the head of the Federation Council’s Foreign Affairs committee Kosachev and other top diplomats didn’t get their US visas to attend the UN General Assembly. Sergey Lavrov called the incident a “disgrace” for the US.” pic.twitter.com/1dBzarrDL0

​According to Russia’s top diplomats, Moscow will respond to America’s failure to comply with its obligations as the UN host country, but it’s still weighing up its options.

Lavrov has a busy schedule at the UN this week. On Wednesday he took part in a ministerial-level debate of the UN Security Council on cooperation between the UN and regional organisations in countering terrorist threats. Russia’s top diplomat also held a number of bilateral meetings.

​It is expected that Sergey Lavrov will deliver his speech to the UN on Friday.

The high-level General Debate at the UN headquarters started with a Climate Summit this week and will conclude on 30 September.