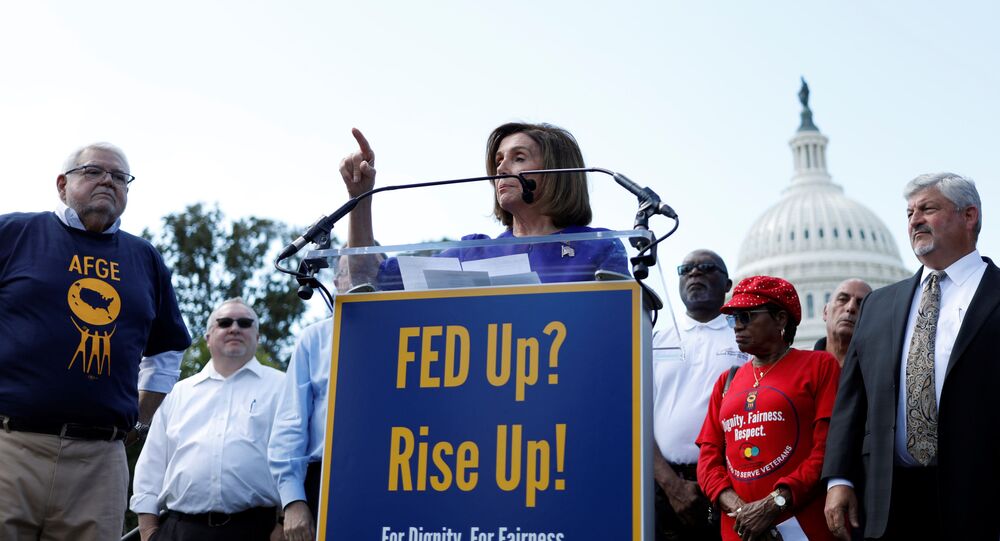 Donald Trump’s presidency has been jumping from one crisis to another, and the latest one is arguably the biggest yet.

The 2020 US Presidential election is looming and the Democratic Party has been getting restless. Despite growing resentment from the political left, a protracted stand-off with the Democrats, multiple investigations into his business practices and policy decisions, Donald Trump is still polling high enough to have a realistic chance of winning a second term.

The incredibly complex and non-permanent 25th Amendment aside, there is only one legal option to unseat a sitting president – to impeach him, but would launching the process actually be enough to scare the man, who’s faced calls to resign since day one in office?

The bureaucratic red button, aka the impeachment inquiry, has only been pushed three times in US history. It is only used at a time of extreme political crisis and triggers a very complicated and drawn-out procedure.

For a president to be impeached, Congress must see smoking gun evidence of high-level wrongdoing, such as treason, bribery, or obstruction of justice, and the motion can still get voted down in both houses of Congress. In 1998, the Senate acquitted Bill Clinton in the era-defining Lewinsky case, and trying Donald Trump is poised to be a much more demanding endeavour.

When the Levee Broke

So far on top of a lack of clear evidence, Trump himself and his strategy might prove to be the biggest challenge for the Dems. While the whistle-blower complaint that kick-started the impeachment process claims that he had “pressured” Ukraine’s president Zelensky by halting military aid in a bid to dig up damaging information on the son of Joe Biden, the two events in question happened at least a week apart. The president has already denied any wrongdoing and insists that the freezing of the funds had nothing to do with the Biden probe.

Back in 2014, the mere presence of Joe Biden’s second eldest son in Ukraine, let alone his appointment to the board of the largest independent natural gas producer in Ukraine just months after the country’s violent coup d’état, largely supported by the Obama administration, raised questions and even a state-run investigation into the company for corruption.

However, it remains to be seen whether any evidence of actual wrongdoing on the part of either Biden will ever see the light of day. In the meantime, the White House has already released the transcript of the conversation between Trump and Zelensky, which doesn’t appear to indicate that there was any pressure on the latter in terms of an investigation (and again, this has to be 100 percent evident), so the House investigators will have to have more compelling evidence at hand when it comes to the president.

Arguably the biggest controversy in the unfolding impeachment scandal is the House Speaker herself. Nancy Pelosi had pursued a slow-going strategy until lately and resisted pressure from impeachment backers from inside her party all the way through the endless “Russian meddling” investigation as well as the Stormy Daniels story. And Tuesday’s announcement has raised questions as to why it was the Ukraine call that finally managed to break the dam.

Minnesota-based political science professor David Schultz explains that Pelosi’s hesitation was previously motivated by the fear that a move to impeach Trump would cause “a Republican base backlash that would all but guarantee Trump’s re-election.”

“Yet now for Democrats, this instance or allegation is a direct attack by Trump on a presidential front-runner, and if the former is not sanctioned or punished for that, who knows whatever other dirty tricks might occur.”

Pressuring the Trump Campaign and GOP Senators at Once

And yet it appears as though with the November 2020 election approaching, there is no better timing for the Democratic Party. The impeachment hearings are set to begin later this year and last into 2020, overlapping with Donald Trump’s re-election campaign.

“Sometime in the summer 2020, the House votes on articles of impeachment just as the Republican National Convention takes place and the general election starts,” David Schultz says. “Here, much in the same way the Hillary Clinton’s 2016 presidential campaign was dogged by the on-and-off and on-again investigation by the FBI, Trump begins his general election campaign facing a Senate trial which would distract his campaign.”

The 3 November presidential election coincides with elections to the Senate, which may well give the Democrats some leverage. There will be 35 senators defending their seats, 23 of them Republican, and this is when Nancy Pelosi’s pack could put the Republican senators in a terrible dilemma.

Schultz theorises: “[Senate Majority Leader Mitch] McConnell and the Republicans will face a difficult choice – hold a trial and acquit or refuse to hold a trial.  With the former option, a vote to acquit can be used against Republicans in a battle for the Senate.”

“With the latter option, McConnell – who is also up for re-election – looks like he is playing politics or refusing to perform his constitutional duties. Either way, with the timing so close to an election, it pressures Republicans on their votes to acquit or not, providing last-minute motivation for Democrats to vote.”